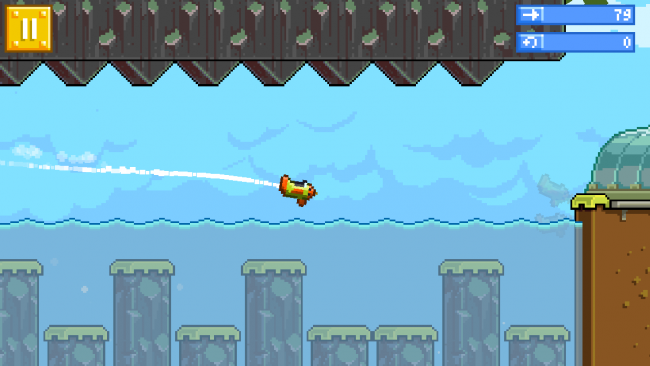 When Flappy Bird took the world by storm earlier this year and the App Store was flooded with clones ranging from Flappy Bee to Flappy Miley Cyrus, it wasn’t hard to see this as a fad that would eventually reach its breaking point.

But still – even through that fog of copycats, I couldn’t help but think that there was something ingenious about Flappy Bird‘s simple gameplay mechanic. Nolan Bushnell compared it to grunge rock; gaming stripped down to its most basic.

It was only a matter of time until we saw that mechanic employed in more polished ways.

Flappy Golf was really the first instance of “hey, you can do something neat with this!”, but the Rovio-published RETRY – now live in Canada, Finland and Poland – is the best we’ve seen so far.

Players are tasked with guiding an airplane through treacherously designed levels. You can hold your finger on the screen to give your plane full throttle… but mostly, that’ll just send you crashing into the surprisingly solid clouds above you. Instead you’ll want to tap delicately to guide your craft where it needs to go.

We’ve only played a handful of stages so far, and while the difficulty is definitely there, the level design is refined enough that we haven’t experienced that same “this game looks so simple, why is it so damned hard!!” frustration that we did with Flappy Bird.

Who knows? Maybe it’ll come in the later stages. 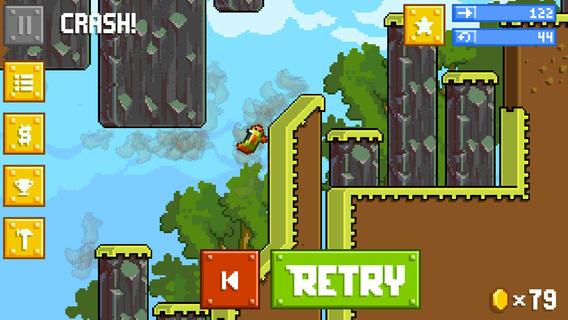 If you’re in any of the games test markets (or merely want to pretend like you are), be sure to snag RETRY today and let us know what you think in the comments.

Call of Duty 4: Modern Warfare is 50% off, should you want to kick it old school