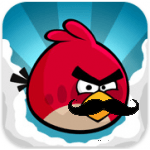 We’ve all heard of people being the victims of identity theft, but it turns out that game developers/publishers can also be victims. Don’t believe me? Just go ask Rovio about it.

You’d probably think nobody would try to impersonate the well-known studio behind the wildly-successful (read: sales beyond anyone’s wildest dreams) Angry Birds, but there are actually a number of sketchy developers impersonating Rovio and selling “fake apps” on the Android Market.

These fake apps include titles like Alive 4 Ever,Call of Duty Zombies,Angry Birds 3D,Zombieville,Zombie Highway, Tiny Wings,Catch the Candy,Cut the Rope: Holiday Gift,Rat on a Skateboard,Zombie Gunship, Resident Evil 4, andSiege Hero. So, not only are several of these developers impersonating a real, successful, developer with quality titles, but they’re apparently infringing on other companies’ successful brands as well.

Here’s how this happens: A developer lists its name as “Rovio” — or some kind of variation on the name — instead of “Rovio Mobile Ltd” (which is the real developer’s name). Needless to say, these fake apps are often inferior titles. On top of that, customers who bought the games are reporting that the developers aren’t offering them refunds after they realize they were misled.

According to TechCrunch, you can usually spot these fake apps pretty easily. All you have to do is check out the apps’ descriptions, which are often ripped off from other apps’ info pages. Also, many of these developers list websites that are actually dead links.

In the meantime, Google has been notified of this problem and is working on a resolution.