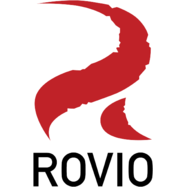 If I had just sold 10 million copies of Angry Birds Space in just three days, I’d probably want to buy myself something nice to celebrate. Rovio seems to agree with my thinking, as they’ve just announced the acquisition of Futuremark Games Studio, the gaming division of the popular PC benchmarking software company Futuremark.

While Futuremark Games Studio has been responsible for a few games like Shattered Horizon, Hungribles, and Unstoppable Gorg, Rovio isn’t acquiring the rights to these games, but simply the talent behind them. Gamasutra is reporting that Futuremark Games Studios’ staff will be absorbed into Rovio rather than continuing to operate independently, so it looks like this purchase was more about bringing in talented developers than expanding their portfolio (which thus far doesn’t seem to be looking much beyond the Angry Birds franchise).

Then again, maybe it was all about Finnish pride. Both companies are headquartered in Espoo, after all. 😉

The details of this deal aren’t being discussed at this time, but considering the companies are practically neighbours, and Futuremark seems to be getting out of the games publishing business altogether (their CEO Jukka Makinen told Gamasutra “we have no plans to develop any new titles”), I can’t help by think that Rovio may have gotten the better end of the deal here.

It’s just a shame they didn’t get Futuremark’s IP’s too. After all, who wouldn’t want to see an Unstoppable Gorg/Angry Birds Space mash-up?