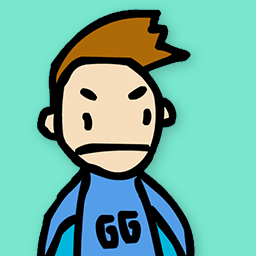 With The Cave now out on virtual shelves everywhere, creator Ron Gilbert has decided it’s time to depart from Double Fine Productions. While that’s something of a bummer, the good news is that he plans to remain in the game industry. Maybe he’ll even seek out a real-life sentient cave and begin developing games inside of it!

Gilbert discussed his plans in a blog post, where he also made sure to note that his split with the studio was perfectly amicable.

“I want to thank all the amazing people at Double Fine for all their hard work on The Cave.  It was a true pleasure to work with every one of them over the past two years.  So much fun.  I will miss them all.  And of course to Tim for creating the opportunity to come there and make The Cave,” Gilbert wrote.

He didn’t go on to state any particulars about what he’d start work on next, but it sounds like he’s got some ideas brewing in his head. “So many games left to be designed.”

Because we loved The Cave, and because we’re huge fans of classic adventure games (Ron Gilbert created Secret of Monkey Island and co-created Maniac Mansion, after all), we’ll be keeping an eye on what Gilbert does next. It will probably be awesome, whatever it is, but here’s a hypothetical scenario we can’t help but share: what if Gilbert joins Disney and gets to work on a new Monkey Island game?

The Indie Royale Debut Bundle has that new car smell