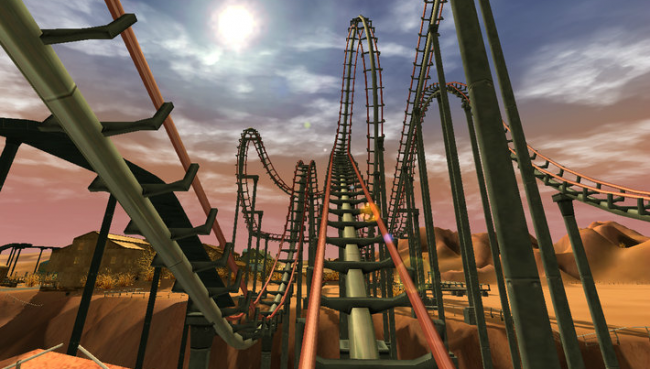 When word broke earlier today that a new RollerCoaster Tycoon was in the works, we were elated. When we discovered that it was RollerCoaster Tycoon 4 Mobile – a game whose trailer bears a striking resemblance to Zynga’s CoasterVille, we were… surprised, I guess? Disappointed isn’t the right word. We liked CoasterVille, after all. But putting a big “4” in the title seems to suggest “a direct sequel that should deliver on fans expectations.”

If you were just as surprised as we were about today’s announcement, you can breathe a little easier – Atari sensed the panic in the gaming community and has confirmed on Facebook that a PC entry in the series is scheduled for later in the year.

“RollerCoaster Tycoon is back and it’s coming to mobile (first)!,” reads a status update on the official RollerCoaster Tycoon fan page. “Rest assured, there is a PC experience in production now for release in Fall 2014. This is just the first step in bringing the series back to its fans this year! We are excited and hope you are too!”

You may have noticed that I said “probably” in the headline for this article. That word doesn’t pertain to a PC release – as you can see, that’s been confirmed. Instead, it pertains to the word “proper.” With nothing more than this status update to go on, we can’t say if RollerCoaster Tycoon 4 on PC will be the traditional experience that fans of the series have been hoping for or not. We’d be surprised if it wasn’t, but… who can say? These are weird times for gamers, and “free-to-play” is flexing its muscles plenty on desktops, too.