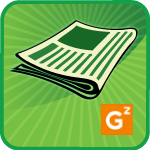 In addition to developing great social games like Zoo World 2, RockYou has also started publishing games, like the upcoming Cloudforest Expedition from Loot Drop. And that trend looks to continue as RockYou has announced a new Studio Partners program that will see it partnering up with independent developers to bring new experiences to social gaming.

Studio Partners is a brand new business unit within RockYou, that will help support independent game studios by providing advertising and marketing support, as well as analytics tools. The new initiative stemmed from RockYou’s experience working with Loot Drop.

“We’re inspired by the originality and imagination of social game developers around the world,” said Josh Grant, who will be heading up Studio Partners as SVP and GM. “Studio Partners gets to the heart of what RockYou believes in—delivering the very best, most innovative games to our players.”

No new partnerships have been announced just yet.