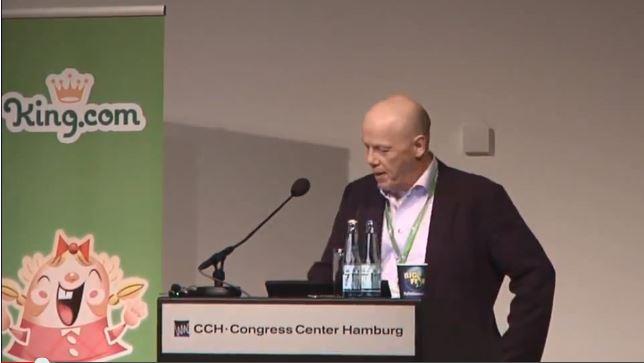 Free-to-play games, whether downloadable, web-based, or mobile, have become a predominant force in the market that’s here to stay.  After several years of growth and expansion in this area, I think we’ve finally reached a point where no one is disputing this.  And with growing success comes a growing number of developers eager to get in on the action – including some whose previous work lies in AAA home console games.

Ian Verchere knows this better than most.  His Vancouver-based studio Roadhouse Interactive is made up of industry veterans who’ve worked on everything from Medal of Honor to NBA Street.  Nowadays they’re working on something a little different.  They’ve just “sunsetted” Family Guy Online, entered closed beta on the free-to-play MechWarrior Tactics, and have announced games like the social Trophy Bingo and the Kongregate card game Elemental Power.  In other words, their days of home console game development couldn’t be further behind them.

Having made the transition successfully, Verchere took the stage at Casual Connect Europe in Hamburg earlier this week to share some tips with his former console compatriots who might be looking to make the switch.

Your pedigree “doesn’t mean diddly-squat when you’re in this new online space” say Vachere.  Home console and live online games are two wildly different beasts, and they need to be approached in wildly different ways.  Online games are analytics-driven, constantly improved upon, and rarely ever finished – all ideas that must seem foreign to developers who build for the Xbox and PlayStation.

Teams in the online space are also a lot smaller than what developers might be used to from home console development.  Roadhouse, for example, has 60 people spread out across 8 games.  EA Canada’s FIFA team alone has more than 200 people on it.  “The relative scale of the console business is you have $25 million budgets and you try to return $200 million in investment – it’s like the motion picture industry.  What we’ve done now is moved into the television industry; you put up a pilot, you see how it does, and you change it.  If you look at what a game looks like from the day you launch it to what it looks like one or two years later, they’re very different things.”

On that same notion, Verchere stresses that console developers coming to play in his world need to learn that when a game goes live, it’s far from final.  An online game that’s available to the public will live and die by how well its development team responds to the analytics.  Swallowing their pride might be tough for some designers who see their vision as the definitive one, but such pride can be fatal in the online space.  “You’ve got to let go of your convictions and let the analytics speak for themselves … start listening to the people who are playing your game.”

Developers should also expect their teams to get bigger rather than smaller once a game launches.  “You’re making weekly builds.  It’s not like a sequel; not SSX, SSX Tricky every 18 months. Every week you’re deploying stuff.”  So the old system of ‘build it, ship it, go on vacation’ goes completely out the window.  You’ll need plenty of people to service recurring content, as tweaks and fixes will need to be made on an ongoing basis.

Online game development is a big change for developers who grew up in the home console world, but for studios like Roadhouse Interactive, it’s a change that’s paying off.  Don’t be surprised if you hear plenty more stories like theirs in the coming year.