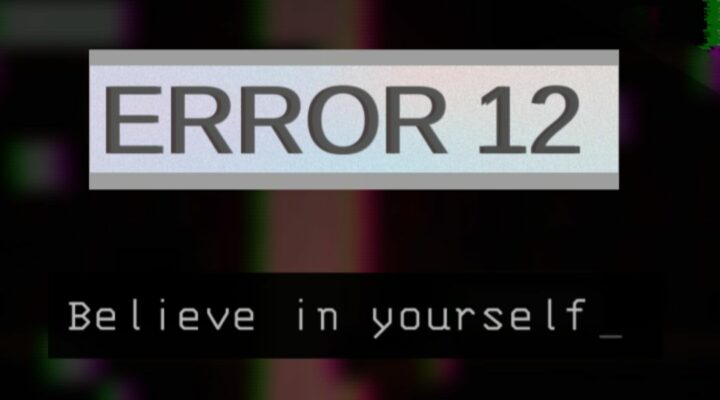 In the world of casual mobile games, simplicity is everything.

Rhythmer_ is a rhythm-action game from developer Sixteen Up that succeeds in being both elegantly simple and infuriatingly difficult. And if you pick up the Lite version it’s totally free, with no ads or IAPs.

A finalist at Google Indie Play Festival 2022, Rhythmer_ sees you moving in time to the music. Unlike most rhythm games, however, it doesn’t subject you to a crude thumping beat.

Instead, it gives you a subtle variety of genres and instruments to play along with, including acoustic guitar, piano, strings, and electronica.

Notes play at intervals, and these correspond with moments in the game when you need to act, creating a synergy between the music and the gameplay.

Which is just a fancy way of saying that you have to jump whenever a note plays, because a note always plays when there’s something to avoid on the screen.

In terms of gameplay, Rhythmer_ presents you with a screen split vertically in two with a line down the middle. You have to flip a little ball to either side of that line by tapping on the corresponding side of the screen. Tapping again makes your little ball jump.

Movement along the line is automatic, so jumping is all you can do. And you’ll do a lot of it, since there’s a constant stream of geometric shapes, spikes, and walls to avoid.

One false move and you’re toast.

You’ll also need to collect gems in order to unlock more stages. Interestingly, if you don’t manage to collect enough gems on a run, Rhythmer_ simply sends you back into the same stage to mop up the ones you missed.

If you manage to collect enough gems you’ll get to play the Zen mode, which removes music from the equation. Plus, there’s a Time mode for anybody skilful enough to collect 100 gems. This cranks up the speed as you go and tasks you with lasting as long as you can.

The Lite version is free, while the premium version costs just 99c.

Dire Vengeance, the Castlevania-Inspired Platformer, Is Now Available on Switch