Home / News / Return of the Jedi: THQ Star Wars games will remain on the App Store (for now)

Return of the Jedi: THQ Star Wars games will remain on the App Store (for now) 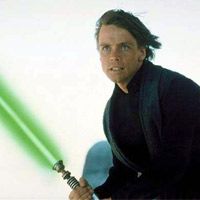 Yesterday we reported that THQ would be pulling Star Wars Arcade: Falcon Gunner from the App Store by April 1st, with all other THQ published Star Wars titles likely to follow suit. But like any good Star Wars saga, you didn’t really think it would end there, did you?

In speaking with Kotaku, a THQ Wireless representative has confirmed that “all Star Wars apps will be available until further notice.” And while that’s a far cry from “they’ll be there forever,” it’s nice to see that the games have been given some breathing room while THQ and Lucasfilm are hopefully hammering out a new deal.

In an interesting twist, this means that some of the future content Vertigore Games’ Josh Shabtai hinted to in his blog post when lamenting Falcon Gunner‘s potential removal might actually come to fruition. After all, who wouldn’t love to see some new content set against during the Battle of Endor, or a release on Android and iPad 2?