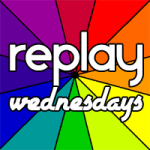 We cover plenty of new games here at Gamezebo every week, but the number of games we’ve already covered that show up on new platforms? It’s staggering. Starting this Wednesday and continuing every week, we’ll be rounding up the games that aren’t quite new, but might be new to you depending on your platform of choice.

This week’s highlights include the legacy of a mean ol’ witch, some dungeon-based fun hitting the Mac, and a popular Zynga word game making its way to Android.