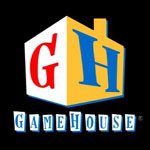 RealNetworks has acquired Backstage Technologies, a Canadian social games company best known for partnering with iWin on the Facebook version of Family Feud. Backstage will become part of GameHouse (RealNetworks’ digital games division) and contribute expertise in engineering and monetization to the company’s GameHouse Fusion platform.

“As we transform RealNetworks, we will focus on areas with strong revenue growth and profit potential that will realize the value of our core businesses,” said Bob Kimball, CEO of RealNetworks, in a press release issued earlier today.”The most compelling growth opportunity in games today is social games, and this acquisition is part of our commitment to make our entire GameHouse business social.”

Announced earlier this year, RealNetworks’ GameHouse Fusion platform was billed as a platform that “makes all games social,” giving consumers access to thousands of socially connected games within a worldwide casual gaming community across multiple social websites and devices. As a part of GameHouse, Backstage will leverage the platform’s capabilities and contribute to several of the key technological components of the system. GameHouse Fusion currently powers GameHouse’s smartphone game titles like MarbleMixer, along with Facebook games including UNO, Scrabble, TextTwist and Collapse!

Backstsage’s catalog of social games includes Pulltabs, Scratch and Win, Slots and Vinyl City. The Backstage team will continue to operate out of Victoria, B.C., Canada.

“Over the past three years, Backstage has excelled at building and monetizing social games to scale to millions of users,”said Russell Ovans, founder & CEO of Backstage. “Joining forces with GameHouse gives us the opportunity to apply our unique expertise while accelerating the company’s broader goal of making all games social for players across their massive global distribution network.”