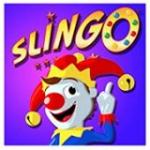 Taking the stage at Casual Connect in San Francisco today, RealNetworks founder and CEO Rob Glaser has announced the $15.6 million acquisition of Slingo. “”We are thrilled to have acquired Slingo, one of the most beloved products and brands in social casino gaming,” said Glaser.

Glaser has also confirmed that new versions of the game are in the works for Facebook, iPhone, iPad and Android – but he hasn’t commented on how the deal will affect the current released of Slingo already in the marketplace.

It’s an interesting question. While Slingo games have been in production for ages, few of them have actually come from the brand’s previous owner. Funkitron has been responsible for everything from Slingo Quest and Slingo Supreme to Slingo Mystery, and Zynga put out a fantastic Facebook version of the game just last year. We’ve reached out to all parties involved for comment.

It will be interesting to see what route RealNetworks chooses to go. Will they be happy to keep the partnership dollars trickling in? Or are they ready to pull all development in-house?

Whichever they choose, one thing’s for certain: you’re about to get plenty more Slingo in your life.

Name Your Own Price: The Crack the Case Bundle