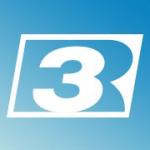 After being available just five days in locations like New Zealand and Australia, Real Racing 3 has been updated to include less wait times and freemium hooks. The change was made in response to several negative reviews on the game’s App Store page, nearly all of which are complaints about its perceived abuse of the free-to-play model.

While at first the update completely removed the wait times for car repairs, Pocket Gamer is reporting that’s no longer the case. On the bright side, the service wait times that occur after every couple of races have been lessened significantly. It’s also worth noting these tweaks were made without any sort of formal update, meaning developer Firemonkeys can (and in all likelihood, will) toy with this stuff quite a bit, all in the name of finding a balance that players aren’t too irked by.

On the one hand, seeing as how this was the first game in the Real Racing series to not subscribe to the premium model, this backlash was probably inevitable. On the other, if the wait times are as frequent as some user reviews are saying, fans may be in the right to be upset. But to debate that would probably be a fool’s errand, so let’s just say it’s great that Firemonkeys and publisher EA are listening to the players and leave it there.

Real Racing 3 is launching worldwide on February 28. You can expect a full review from us around then, as well as plenty of detail about what to expect from the game’s freemium model.