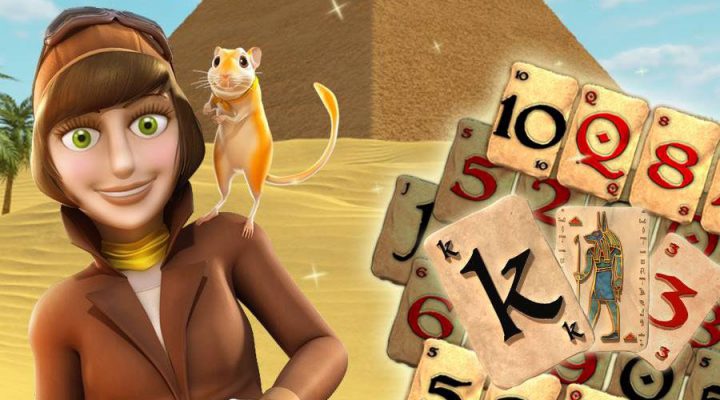 It’s been a long road, but Pyramid Solitaire Saga –a game we fell head-over-heels in love with back in 2012 – has finally made the jump from Facebook to mobile.

We’re excited to see it happen (it really is one of the best games of solitaire you’ll find), but we’re still left scratching our heads. What took so long? According to King’s PR Manager Sarah Georgiakakis, a lot of time was invested in making this one as good a fit for mobile as their other Saga experiences.

“We have spent time making the game more bite-sized (easy to play anytime, anywhere, on any device, with player progress synchronized across mobile and Facebook), while taking care to preserve the gameplay that makes this Solitaire experience so compelling,” Geogiakakis told Gamezebo. “We’ve also worked on other elements, including a refresh of the visuals and the social experience, as well as adding a layer of strategic gameplay with the Save Stash that allows you to save a card for later. With these improvements we hope to deliver mobile players the most fun and engaging Solitaire experience available for the platform.” 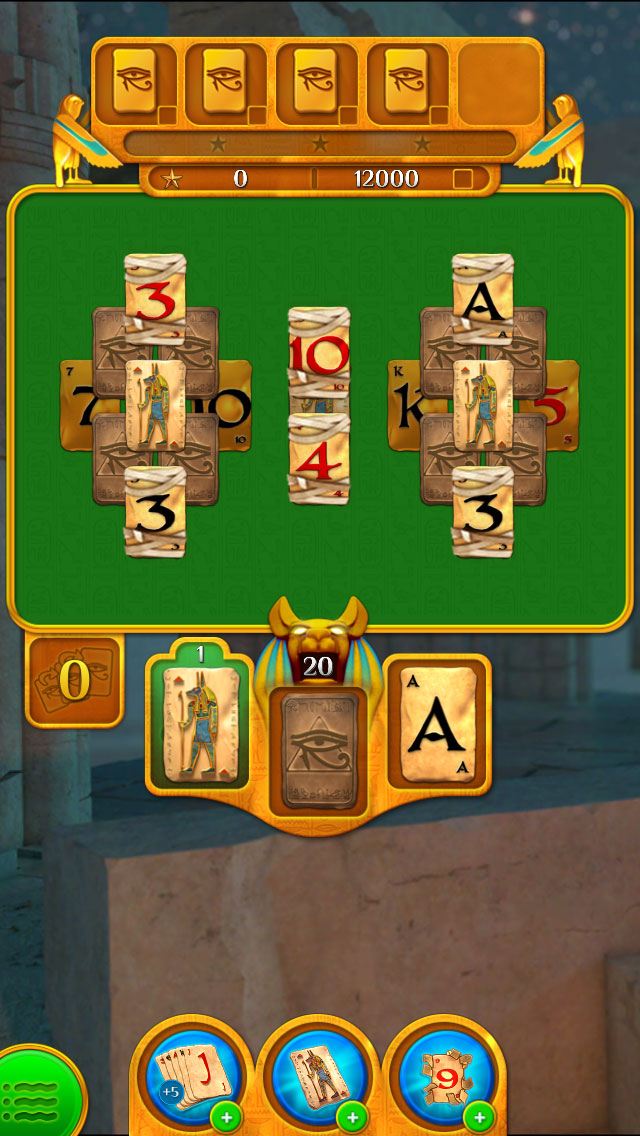 To live up to that goal might prove a challenge. King has some stiff competition in Big Fish Games’ Fairway Solitaire Blast. But then again, the one lament we had in our review was that it wasn’t Pyramid Solitaire Saga.

We’ve had a chance to go hands on with the mobile build of King’s Pyramid Solitaire Saga, and definitely like what we see. They’ve decided to go with a “portrait mode only” presentation, which might at first seem silly, but allows players to enjoy the game while using just one hand. Dragon Quest VIII took a similarly surprising move and was all the better for it.

The only advantage that we can see to the Facebook version is a visual one. Some of the game’s graphics have been downscaled in the mobile release – sacrificed not for technical reasons, I’d think, but to provide a cleaner presentation on the smaller screen. It makes sense, but I still can’t help but prefer Facebook’s Egyptian playing field to the casino-table green of the mobile game.

If you’re a fan of solitaire, this one’s a no brainer. As it was in 2012, Pyramid Solitaire Saga is well worth a play today – especially now that it fits in your pocket.