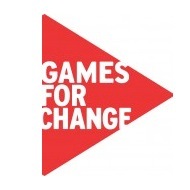 Nicholas Kristof, a Pulitzer Prize winning journalist and coulmnist for the New York Times, is working on a social game aimed at raising both awareness and funds of various global issues.

Developed in conjunction with Games for Change, the as-of-yet untitled game is described as a FarmVille-style experience, except it will let players donate to various causes through microtransactions. It’s currently slated to hit Facebook, though other platforms may be in the works as well.

The aim of the game is not only to raise funds, but also awareness amongst a new audience.

“Most of the people who pick up his book or turn on PBS or even read the New York Times are already the converted,” Games for Change’s Asi Burak told Mashable. “What he’s hoping to do with social media and gaming is go to the people who aren’t converted and engage them in a very sensible way.”

Kristof’s game won’t be the first on Facebook with such goals, as titles like Food Force and WeTopia have similar aspirations of raising awareness of important issues through social gaming.

No release date has been announced, but the game is expected to launch in late 2012, potentially alongside a PBS documentary produced by Kristof and his wife, author and Pulitzer Prize winner Sheryl WuDunn.

Study: half of social game cheaters are real-life cheaters, too