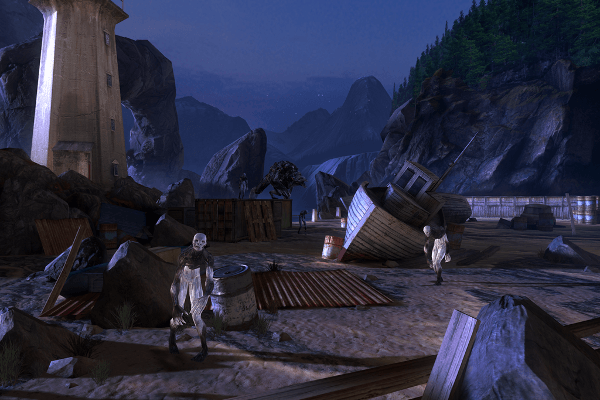 Generally speaking, FPS games on smartphones and tablets leave a lot to be desired. Much of the aiming precision and ease of movement capable on a physical controller gets lost in the shuffle, leaving the player with a virtual control scheme that’s passable at best. With The Drowning, Scattered Entertainment is hoping to change that. A lofty goal, no doubt, but having had a chance to both see the game in action (video enclosed!) and speak with studio head Ben Cousins about it, I’m inclined to believe they just might pull it off.

Yesterday morning I, along with other journalists, picked Cousins’ brain apart about some of the finer details of The Drowning. I’m going to share everything here, but before I do, you probably want to watch this demonstration of the game in action:

If everything works as advertised, The Drowning will indeed be one of the best FPS games the smartphone/tablet market has to offer. And considering Cousins’ extensive experience with the genre, there’s certainly reason to be hopeful. Cousins also informed us that employees at Scattered Entertainment have worked on major franchises like Halo and Crysis, so their FPS roots run deep.

But even if the game had the greatest controls known to man, a player-hostile freemium model could result in The Drowning being a complete and utter dud. Cousins assured us that won’t be the case.

“We’re always trying to innovate, and [with] DeNA (the game’s publisher) being a Japanese company and with the freemium model being so much further ahead in Japan, we’re able to get some insight into the kind of next generation of monetization,” Cousins told us. “So our monetization is focused around incorporating it into the gameplay in a meaningful way, and not giving the players the ability to directly purchase anything that gives them a distinct advantage or which unlocks content.” 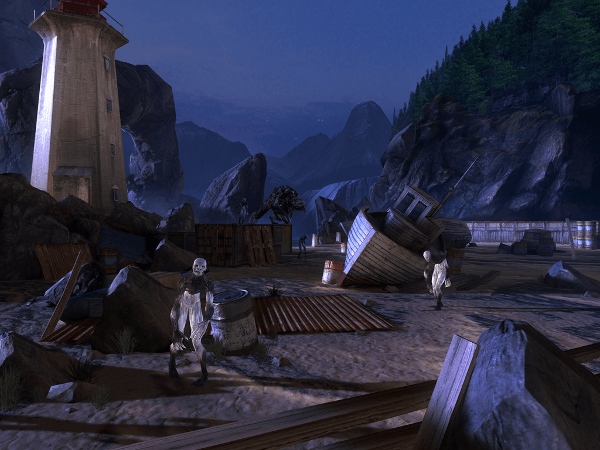 This same ethos will influence the direction of future content, and Cousins noted later in the call that post-launch content—such as new environments and additional episodes which progress the story—will be offered free of charge. And on the subject of post-launch content, Cousins and co. intend to run limited-time events in The Drowning, many of which will, ostensibly, revolve around slaughtering a whole bunch of zombies.

Despite the presence of zombies, though, The Drowning won’t necessarily be a horror game.

“We were definitely careful not to create a game about scaring or shocking people, because you have to script those moments, and I think mobile games should be much more about you exploring mechanics and having a bit more of an open experience, rather than creeping down a corridor.” 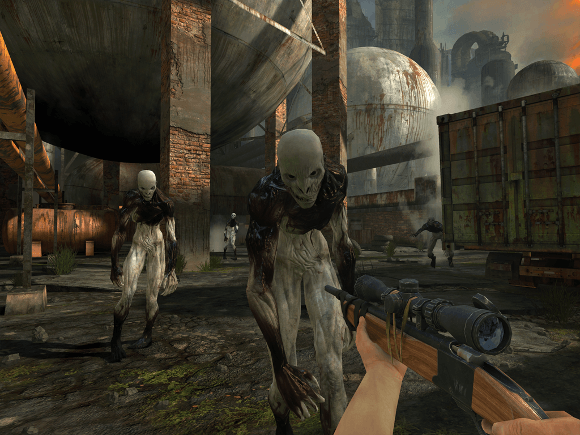 But players will still likely experience a feeling of dread while playing, as Cousins also noted the game is set in a “Stephen King-slash-H.P. Lovecraft kind of horror environment.” It’s easy to see where the King influence comes from, as the game was inspired by a recent event in Beebe, Arkansas. The Lovecraft influence, on the other hand, will be a fun one to discover while playing.

Cousins and Scattered Entertainment are hoping to release The Drowning sometime in March for iOS, with an Android port expected to arrive “later in the year.” We’ll keep you in the loop about both of these things, and you can expect a review when the game launches.