Home / News / Pre-order The Night of the Rabbit, get Deponia for free

Pre-order The Night of the Rabbit, get Deponia for free 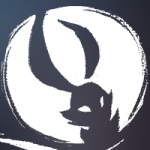 It would be a bit of an understatement to say that we here in the Gamezebo camp are a little excited for Daedalic’s new point-and-click adventure, The Night of the Rabbit. Okay, so maybe we’re a little cross-the-days-off-our-calendar excited for this one, but who can really blame us? The game just looks all sorts of awesome.

In case you somehow managed to miss our extensive coverage of the upcoming game, The Night of the Rabbit will follow the adventures of a young boy named Jerry and a white rabbit, as the pair travel across the beautiful and colorful realm of Mousewood in Jerry’s magical quest to become a hero.

As if there wasn’t incentive enough to order one of 2013’s most anticipated point-and-click adventures, Daedalic has sweetened the pot to make a deal so good that it’s almost impossible not to pass up. That’s right, if you pre-order The Night of the Rabbit on GOG.com before the game’s May 29 release date, then you’ll receive a free copy of the first installment in Daedalic’s critically acclaimed and cartoony adventure series, Deponia.

So let me get this straight: that’s two completely amazing point-and-click adventures for only $19.99? That sounds like a pretty good deal to me! And in case you’re really rusty on your backlist of adventure games, Deponia not only scored a perfect 5-star review from us, but also snagged a coveted spot on Gamezebo’s Best Adventure Games of 2012.

As part of this ongoing exclusive deal between Daedalic and GOG.com, the acclaimed point-and-click developer has also just released an exclusive new gameplay video for The Night of the Rabbit, which you can check out on GOG’s official YouTube channel right over here.