Home / News / Post-GDC: The games we can’t wait to play

Post-GDC: The games we can’t wait to play

By Gamezebo Staff | 10 years ago 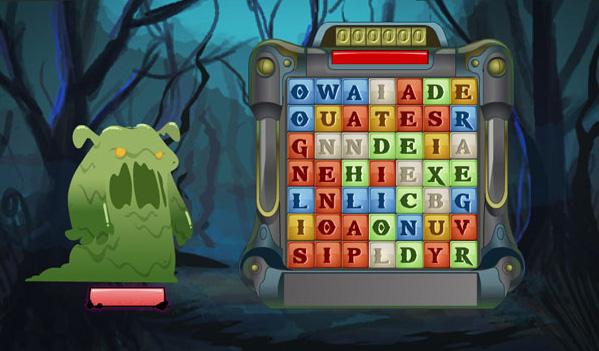 The annual Game Developers Conference in San Francisco hit the industry like a storm last week, leaving hundreds of new game announcements, opinions, and breaking news stories in its wake. And those new game announcements? Some of them were real doozies. In fact some of these upcoming games look so good that it’s hard to not forget we’re game industry professionals for a moment as we just get giddy at the thought of playing them.

We’ve talked amongst ourselves, and thought it might be fun to share with you our picks for the games we’re personally most excited about now that GDC is behind us. Did we all pick winners? Will we look back at this list in a year and cringe when we think about what got us excited? It should be interested to see how things turn out. As it stands, here are the games that Gamezebo’s editorial team are most excited about;

Spellirium: While this one was technically announced a few days before GDC, few games seem to hold as much promise as this upcoming adventure/word game mashup from Untold Entertainment. In a world where reading and writing have been outlawed, you’ll need to use the power of words to solve the death of your brother. It’s like Fahrenheit 451 meets Bookworm Adventures, but with a challenging puzzle element; how do you shear a sheep? Spell words like “clip” or “trim.” How do you defeat a monster who gets bigger when you spell bigger words? Spell the smallest words you can find. Spellirium looks fresh and exciting, while blending the best of existing genres. Can’t wait to try this one out first hand.

Infinity Blade: Dungeons: It wouldn’t be a week with a big new Apple product launch unless Epic Games had a new Infinity Blade to show off alongside it. Dungeons looks to take a break from Infinity Blade‘s standard gameplay, opting for a top-down action RPG approach like Gauntlet or Diablo. From what we’ve seen, the visuals look stunning – but what I’m even more excited about is how Epic will handle the controls. There doesn’t seem to be much info available on that yet, but knowing Epic, it won’t just be a boring ol’ twin stick setup like most games in the genre.

The Banner Saga: Proving that a game’s visual don’t have to offer cutting-edge photo-realism to wow us, The Banner Saga looks to take everything that was great about the heyday of animated motion pictures and crams it into a strategy game that looks almost too good to be true. Even more amazing – this isn’t the only game that looks like it snuck out of Don Bluth’s closet on our list. Be sure to check out Nadia’s top pick, The Act, for even more celluloid animation goodness.

SimCity: Everybody loves the SimCity franchise. Like a lot of folks my age, I grew up on the original PC release. My little 8 year old self played this one endlessly, only taking the occasional break to squeeze in a little Where in the World is Carmen Sandiego? (answer – she wasn’t hiding in SimCity.) When a new one gets announced, it’s hard not to get jazzed up. We’ve still got a ways to wait, but hey – just knowing it’s on the way is enough. 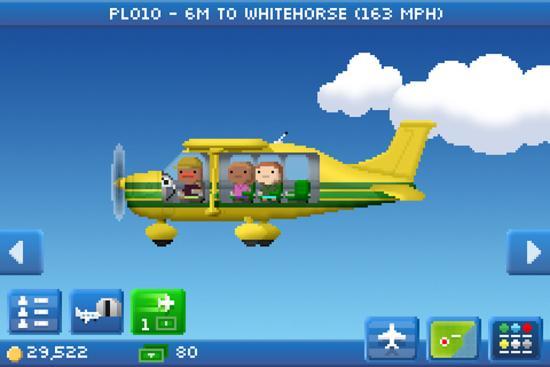 Pocket Planes: One of the first games I’d ever reviewed for Gamezebo was a little web-based title, the name of which totally eludes me, about managing airline flights. And while I can’t remember the game’s name, I can absolutely remember how much fun I had with it. Pocket Planes looks like it’s going to blend that experience with the polished Tiny Tower style that NimbleBit’s fans already know and love.

The Act: There was a lot of iOS goodness at GDC 2012, but the game that really has me quivering like a cat looking at a bug is The Act by React Entertainment. Growing up, I was fascinated by the fluidity of the animation in games like Dragon’s Lair and Space Ace, but was usually dismayed to find that they didn’t play nearly as well as they looked. By the looks of The Act,though, it seems as if React shared my sentiments when the studio decided to take a crack at bringing animated adventures back to life. Not that I think we’ll be getting anything as deep as Mass Effect 3 or anything, but it’ll be nice to have some control over the choices I make in such a well-animated world. Who knows? Maybe The Act will spur a whole new generation of cartoon-style adventure games.

MotoHeroz: MotoHeroz stands to be a good stress-relief game: I can’t drive in loop-de-loops in real life (heck, I can’t drive in real life, period), so I can live out the dream via some square-chinned drivers who know how to party on the road. I never managed to play the WiiWare version of the game even though it piqued my interest, but hey, life is all about second chances. 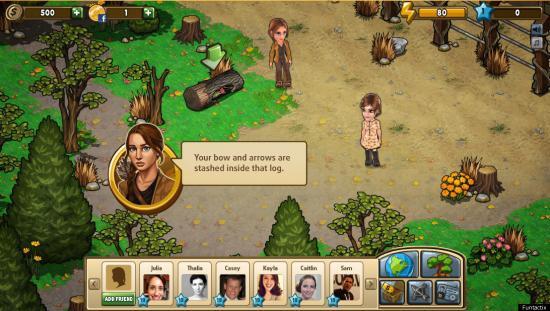 Idle Worship: I’m under an embargo, which means I can’t give you any details (what a tease, right?), but I can say that this is the game I am most excited to see launch on Facebook. 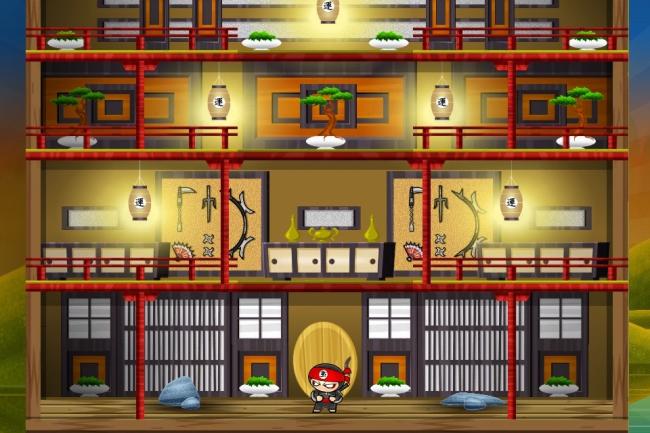 Chop Chop Ninja World: Gamerizon stealthily showed us Chop Chop Ninja World, which ingeniously combines an action platformer with a city building game. You’ll get all ninja in the platformer part of the game, similar to their earlier release Chop Chop Ninja. But to succeed, you must build an army and craft your own weapons which you can only do by building up your own city. You create your city by stacking different buildings on top of each other. It looks really fun – our preview is forthcoming! 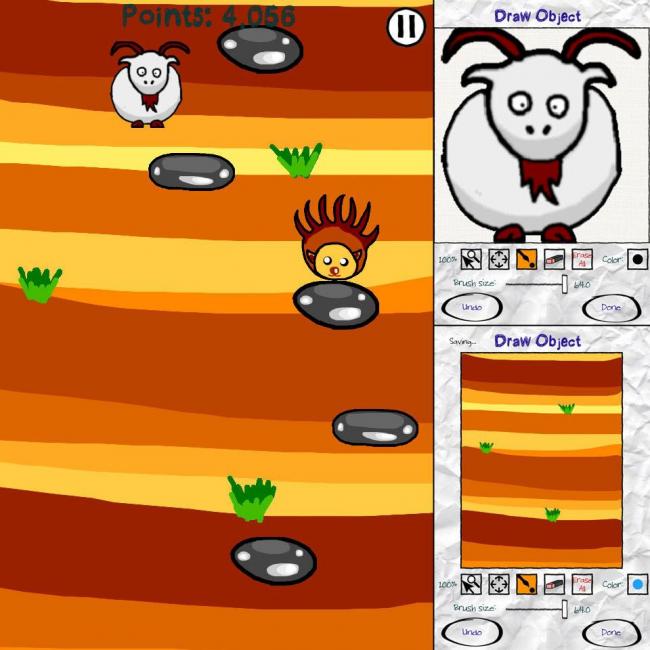 Sketch Nation Studio: While this is not a game per se, it’s still really neat. The makers of Sketch Nation Shooter are coming out with Sketch Nation Studio, which provide both the tools and a social network to create, share, and market your own games. During my meeting, I created my own sketchy jumping iPhone game in 5 minutes that rivals Doodle Jump in game design (though it’s probably not as fun… yet. Still tinkering). Engenious Games (the creator) will pick and publish the best games submitted via its tools and sell them for $.99, so you can actually make money on this as well.