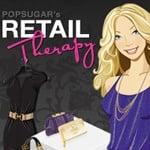 Sugar Inc, has quietly released Retail Therapy, a new social game on Facebook where you run your own stylish fashion boutique.

In the stylish words of the game’s fan page:

“PopSugar’s Retail Therapy is an insanely addictive new fashion game from Sugar Inc. Mix and match dream outfits and feel the experience of running your very own high-end fashion boutique!

Begin with a small shop and challenge yourself to grow into a hip department store. You can stock your favorite brands (including Banana Republic, Juicy Couture, Tory Burch, Diane von Furstenberg, Gap, Topshop, and Barneys New York), play against your friends, and dress your own character in the hottest new styles.”

The game appears similar to such popular fashion games on Facebook such as Mall World and Fashion Worldbut with a twist: they seem to be integrating the actual fashion brands in the game.

By all means, this does not mark the first time that a media company has entered the social games arena. Viacom just bought a social games developer, Social Express, ast week.

It is the first time, however, that a 100% pure-play web content company has created its own social game. PopSugar started as a popular blog site for celebrity gossip and has expanded into a mini-empire of web content blogs and web 2.0 shopping experiences targeting Gen-Y women. One of their most popular features on their Web site are their Celebrity Face-Off games, which I’m secretly guilty of being occasionally addicted to.

While it’s a natural extension for Sugar, Inc. to create a fashionable Facebook game, I do get the feeling they planned this last year when everyone thought they could get rich quick with social games (before Facebook pulled the plug viral game notifications). Sugar, Inc. does have the natural advantage of having a web community with millions of unique users, connections to the fashion industry, and extreme knowledge of their target audience, Gen Y women. It will be interesting to see how this game does out of the gate.

The big question is who is the next web blog media site to create their own Facebook game? Will we see soon see a political game from Huffington Post, a techie game from Techcrunch, or a wine game from Snooth. And where’s theGamezebo social game on Facebook?

Be first to try out PopSugar’s Retail Therapy (note, it’s brand new so not final game) and be sure to set an alert for our first look preview, review, and updates.