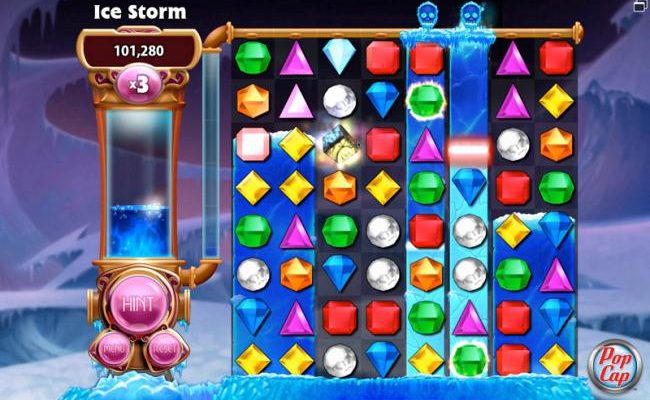 When PopCap started back in 2000, they weren’t concerned with the relationship between mobile and social — mostly because neither of those things were considered game platforms yet. But things have changed drastically, and through it all, the company has managed to adapt and prosper. Giordano Contestabile, Brand Manager for Bejeweled, hosted a talk on the wealth of opportunities currently available to developers in cross-platform connectivity and elsewhere, and how best to take advantage of them.

“The past years have seen the most change in the 12 years of Bejeweled,” said Contestabile. Indeed, the highly popular match-3 game is the perfect example of change in the casual sector. It began as a browser game back in 2001, but has since found success on both the mobile and social front. And the surge in popularity of those two platforms has led to, as Contestabile noted, the game being played over 500 million times.

“Mobile is the number one gaming device,” and, perhaps more importantly, “the only game device for most people.” Contestabile discussed the differences between iOS/Android and Facebook, and why players may stick with one but avoid the other. In the mobile space, it’s easier to play alone or with random people. The games aren’t as steeped in social hooks, and that’s very appealing to some. In fact, it was mentioned that only about 20 percent of Bejeweled Blitz players on iOS connect through Facebook. And on the business end of things, the mobile version of the game has an ARPU (average revenue per user) that’s over 200 percent higher than that of the Facebook version.

Contestabile listed a few reasons for this. For one, it’s incredibly easy to purchase something within Apple’s ecosystem. Your credit card info is already there, and it takes little more than a tap of a button. Facebook, in his opinion, just isn’t quite there yet. 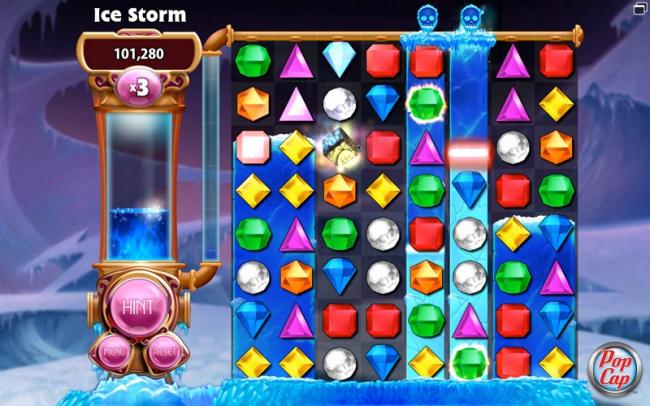 Bejeweled: A poster child for the rise of casual gaming

It’s also much easier to lure users back to a game on iOS once they’ve left. “Push notifications are the most important marketing tool, if you use them in the right way,” said Contestabile on the subject of mobile games. It’s not easy to pull off, and I’ve personally found myself deleting games when they got too abrasive with the notifications, but that’s a rare event. More often, they serve as an effective reminder that I have a certain game downloaded in the first place. If you’ve downloaded as many games as I have, you know how easy it can be to lose track.

Despite the disparities, and the lack of a tool as powerful as push notifications on Facebook, Contestabile is a believer in the power of cross-platform play. There are caveats, though. Creating an interface that plays to the strengths of the platform at hand is crucial. Not everyone playing the game on a mobile device wants to connect to Facebook, for example.

And cross-platform play doesn’t have to mean playing against Facebook friends on iOS or vice versa. Contestabile spoke of a future where PC and console developers create apps that compliment the main game, something we’ve begun to see in recent years. There was also talk of games that featured different elements on different platforms. A shooter on a console, for example, could have its world shaped by the people playing an RTS version of the game elsewhere. It’s an exciting thought, and also something we’re beginning to see. There’s no telling if either of these things are the future, necessarily, but it’s all but confirmed by this point that cross-platform connectivity is going to play a serious role in the future of gaming, no matter what form it takes.

And regardless of where we end up, it’s clear PopCap will be there, ready and willing to adapt.

Temple Run crests past 100M downloads and gets a new update