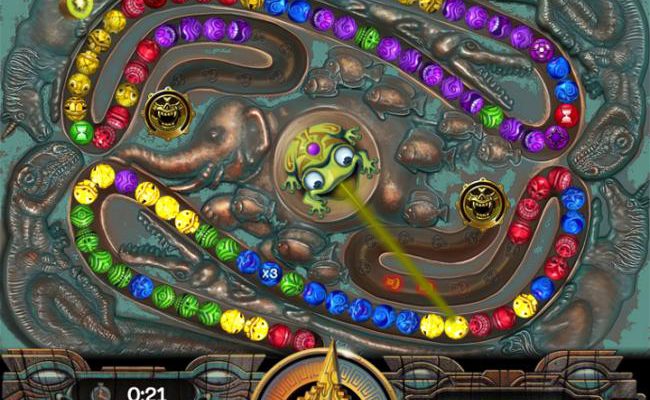 If you needed any proof that the bubble shooter craze is here to stay, look no further than Zuma Blitz: Kroakatoa Island. It’s being released tomorrow (September 13) as an update to the massively popular Zuma Blitz, but it has more than enough content to be considered an entirely new game. And oh yes, there will be frogs.

Of the many new additions, the 110 extra levels strike me as the most exciting. That’s a pretty overwhelming amount of bubble-shooting goodness, and it’s complimented by the inclusion of new power-ups like the “Color Nuke” and “Wild Ball.” It’s not totally clear what either of those do, but chances are good they’ll do quite the number on the bubbles that populate the game. Poor little guys. 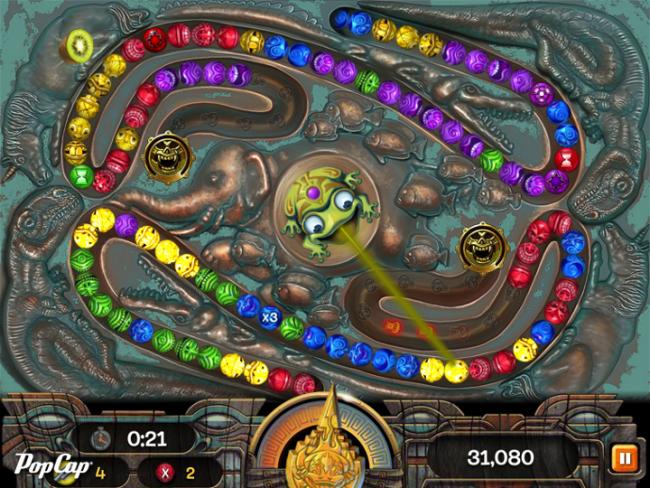 Other extras include new Spirit Animals for players to discover, as well as Island Treats that give you an extra boost when needed. And if you’re stuck on a level and neither of those add-ons are helping enough, the new Shot Aimer will probably do the trick. When in use, you have a much better idea of where your ball will end up once fired.

Zuma Blitz: Kroakatoa Island is quite the upgrade to the still-great Zuma Blitz. And being that it’s a social game, it will be available for the price of free! There will be in-app purchases, no doubt, but such is the price we (optionally) pay in the wild world of casual gaming.

Do gamers need the iPhone 5?