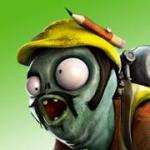 In what has quickly become one of my favorite surprises at this year’s E3 so far, Electronic Arts opened up their big press conference today by officially announcing Plants vs. Zombies: Garden Warfare for Xbox One, and eventually Xbox 360. Garden Warfare has been a long-rumored name for the upcoming Plants vs. Zombies sequel after numerous web domains were registered for the title last year, but now we have the official confirmation that this is in fact a whole separate beast, and a mighty pretty beast at that!

In case you didn’t think a third-person multiplayer action game based on the casual Plants vs. Zombies universe would translate well, let me be the one to completely alleviate those fears. The very satisfying first look at the gameplay footage showed an intense and fast-paced battle where up to four players at once can play as their favorite plants from the series, like the Peashooter, Sunflower, and Cactus, and work together to blast down frantic hordes of those loveable zombies. Boss fights in the game include the Disco Zombies, as well as the formidable Gargantuan. As a longtime PvZ fan, I couldn’t be more excited about this upcoming action game. Who would have thought?

Now given how great the game looks, I know we’re not the only ones who think an Xbox-exclusive Plants vs. Zombies game is a little weird to say the least. Luckily the team at PopCap have confirmed on Twitter that the game will be hitting PC and other platforms following the Xbox release. Keep checking back on Gamezebo for any future platform updates on Plants vs. Zombies: Garden Warfare as the game gets ready for its release later on in the year.