PopCap and NCsoft partner to launch PopCap World in Korea 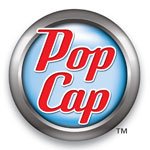 PopCap and social game giant NCsoft have partnered to roll out PopCap World, an online multiplayer social game platform that will launch with 13 of PopCap’s games including Bejeweled, Plants vs. Zombies and Zuma as well as a brand new exclusive multiplayer game Super Zuma. PopCap World will launch in Korea later this year, and PopCap has hinted at future plans to extend the service to players in other parts of Asia as well.

“When Disneyland first opened, it revolutionized the amusement park industry and ushered in the era of the modern theme park. In the same way, we believe PopCap World has the potential to redefine casual games in Korea and beyond by offering players the most immersive PopCap experience yet,” said James Gwertzman, PopCap’s vice president for Asia/Pacific.

PopCap World is the first product to be developed and released by PopCap’s Shanghai studio. All of the games on the service will be free to play, with optional premium-paid elements to be added later. Prior to developing PopCap World, Popcap’s forways into social gaming have included Bejeweled Blitz for Facebook, which launched in Dec. 2008 and currently has about 4 million daily active users (DAUs). PopCap is preparing to launch its second social game, Zuma Blitz, on Facebook later this month.