Home / News / PlayStation Phone: What we know so far

PlayStation Phone: What we know so far 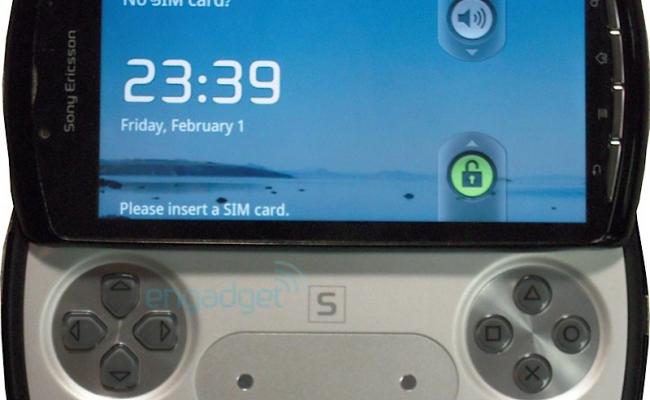 For years now, the PlayStation Phone has been the unicorn of the gaming industry. People have wanted to believe in it so hard, but there was never really any evidence that one might ever exist. Well get ready to saddle up doubters, because it looks like this winged horse looks ready to fly.

Engadget has recently posted some photos of what it says without a doubt is an authentic PlayStation Phone. “It’s hard to believe that what we’re looking at is real — but we assure you, the picture above is in fact the PlayStation Phone you’ve long been waiting for,” reads their blog post detailing the mobile offering.

Most surprising of all isn’t so much that the PlayStation Phone is finally happening, but that the device is said to run on Android. The model that Engadget has photographed is running Android 2.2, but they say it’s likely the final product will either be running 2.3 or even 3.0. Setting itself apart from other Android phones will be a custom Sony marketplace to allow game downloads and other purchases. And while nobody’s said it out loud yet, we have very little doubt that this will probably share the same branding and virtual wallet as the PlayStation Store.

In terms of technical specs, the device Engadget had their hands on included a 1GHz Qualcomm MSM8655 chip, 512MB of RAM, 1GB of ROM, and a screen in the range of 3.7 to 4.1 inches. There’s also support for MicroSD cards – a strange but welcome twist from a developer that’s known to limit their products to their own proprietary Memory Stick. 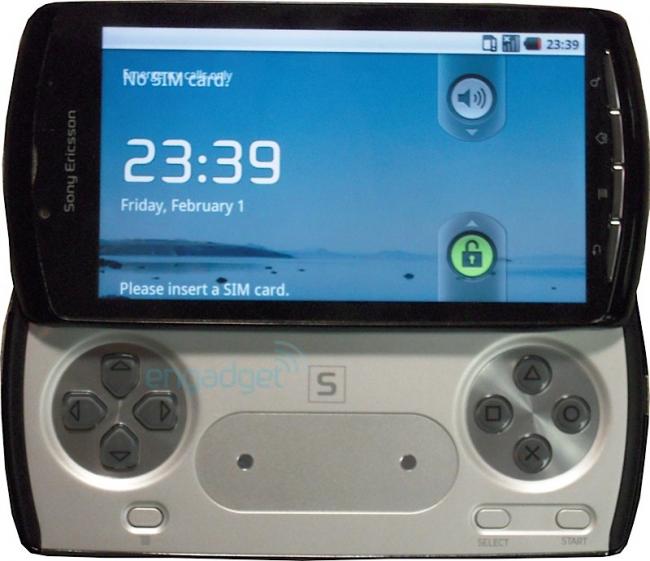 So what makes this phone worthy of the PlayStation title? With so few details out it’s hard to really say, but the controls clearly seem to play a part. Sliding out from the back as so many phones with keypads do, the game controller features the standard PlayStation button layout and directional pad, as well as L and R shoulder buttons. There’s no analog stick, but there does appear to be a multi-touch touchpad in the middle of the controller.

While Sony isn’t officially commenting on the leaked phone, Sony’s CFO Masura Kato made some pretty revealing statements on an earnings call over the weekend; “As for the new PSP product, as mentioned, I know that you are not asking me to tell you when we will be coming out with a new product, but there is a gaming market based on [the] cellphones, and there are many changes that are being seen [with] Nintendo, as well as ourselves, in the field of the product for the gamers. And there are smartphones and others or even cellphones gaming markets are very popular here in Japan. So the market itself is very… expanding.”

Other highlights of the call also gave some indication that not only would this be happening, but it would almost certainly be happening under the PlayStation brand (despite the current images sporting the Sony Ericsson logo);

“Of course, we can’t talk about specific products, but smartphones and tablets… it is difficult to tell you how we can put the games on them, but they are not going to be planned in different parts of our company.

“When we organized ourselves last April, we introduced network services, and within that umbrella, network services, all of these products are handled. Therefore, the planning and the prototypes for various content [are] all carried out within this… one umbrella. So we are trying to figure out what we can do as Sony in this market. I think this is as far as I can tell you regarding these products at market.”

So how well will it perform? With PlayStation a recognizable brand around the world, Android a much-loved alternative to iOS, and the Xbox Live brand a healthy existing competitor that’s arriving on phones as we speak, Sony definitely has a chance to make a run of it. Let’s just hope they’ve learned their lesson from the PSP, their current portable platform that’s consistently in last place on the sales charts.

Vengeance is a dish best served by samurai: An Interview with MADFINGER Games