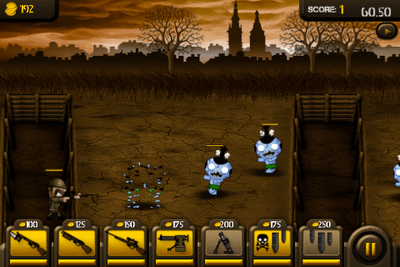 Dave Castelnuovo is a busy man. Between creating regular updates for Pocket God, developing a new iPad version of the game, arranging cameos in other titles, and getting involved in licensing opportunities like the recently released Pocket God Comics, it’s a wonder he finds time to blink, let alone talk to Gamezebo.

But talk to us he did, giving Gamezebo a chance to pick his brain on everything from the activities mentioned above to his thoughts on the competition and the future of Pocket God.

Since the game’s release in January 2009, you’ve released 33 episodes that offer new in-game content and other tweaks to the formula. You’re averaging a new episode every 17 days at this point. When do you find time to sleep?

Well, I finally figured out how to sleep code. I started off by mumbling random things in the night, slowly working my way up to sleep walking and eating. Using lucid dreaming techniques, I was eventually able to sleep walk myself down to a keyboard and hit random keys in response to visual stimulus on the screen. Now I am able to code up a solid feature for every three nights of sleep. It really helps out!

At the start, we were doing one episode every single week for the first 14 weeks. We have since slowed down just because we can’t keep that pace and have lots of other things we are working on like Pocket God Comics and the iPad game. I still do work a solid seven days a week though, I rarely take a break.

Bolt Creative seems to have mastered the art of the cross-promotional cameo. Doodle Jump, Trenches, Harbor Master, The Creeps – you’ve managed to get Pocket God’s Pygmies to make an appearance in all of them. Where can we expect the Pygmies to pop up next?

We have two crossovers coming up. The first one will be in Trenches where you’ll be able to battle against hordes of Pygmy Zombies and the second one will be with Moron Test where we will have a Pocket God themed test in their game. We have been throwing ideas around with the Moron Test guys and it’s going to be awesome.

Ape Entertainment has recently published the first issue of Pocket God Comics. Tell us a little about how this collaboration came about.

Ape Entertainment contacted us back in February of this year, told us they were huge fans of the game, and wanted to know if we would be interested in letting them do a comic book based on the game. I’m a huge comic book fan and have been collecting comics for a very long time so I jumped at the chance. We were actually working on some other potential licensing deals for other game platforms and I dropped everything to make sure we didn’t miss this. Allan and I have always been talking about potential backstories for the game and this opportunity provided a great way to give the game more depth.

You’ve recently announced that Pocket God will be getting the iPad treatment in Pocket God: Journey to Uranus. What can players expect from this new adventure in the Pocket God universe?

It’s an exclusive game for the iPad, we are designing the app to fit the big screen and offer functionality that we probably wouldn’t be able to do on the iPhone. As you can probably tell from the title, Journey to Uranus has a space theme to it. The Pygmies start out on Earth where we have a high def version of the original Sand Island and they soon make it into space where they can explore different planets. The space area is pretty awesome, we have an interactive solar system where you can toss the pygmies around into different orbits around the planets, there are objects that you can interact with, and a tempest style game that you can play. Each planet will also have its own mini game. In fact, unlike the original Pocket God, the iPad version will be a little more mini-game centric. Each update will add a new planet and mini game. 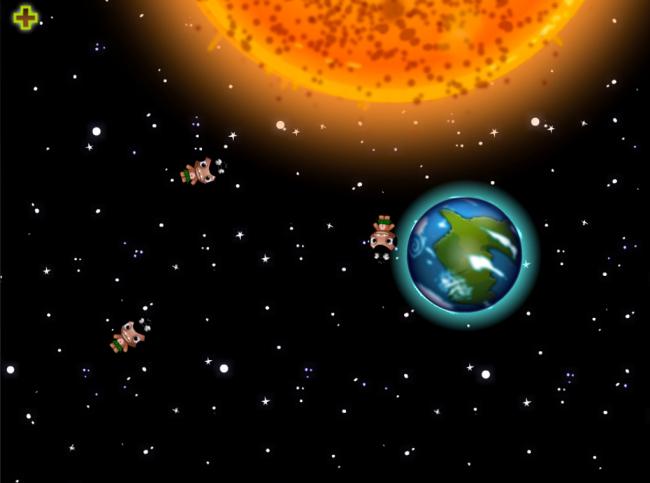 Can we expect any other spin-offs down the road? What about ports to other platforms – is there a jump to Droid or Windows Phone 7 in Pocket God’s future?

We are very interested in Android and Windows 7 but if we go down that route, we want to do it right. The App Store has been very good to us and I would hate to dilute our success by going after other platforms just because they are there. That said, we do have a couple Pocket God games that are in development for other platforms, it’s just too early to talk about them.

Despite the rampant popularity of Pocket God, the App Store has yet to see an onslaught of competitors in the god gaming genre. Why do you think that is?

I’m not sure if I would even call Pocket God a God-Game, I look at games like Populous, Black & White, or even SimCity as the real god games. I would call Pocket God more of an open sandbox game where there isn’t really a well-defined goal, you just interact with the environment and discover things. As far as open sandbox games on the App Store, they are there but it might not be so obvious. Koi Pond was actually our original inspiration; we wanted to do a video game version of that where you could interact with these little guys in mean ways rather than messing with fish. Also, a game like Pocket God is deceptively hard to make. We put a good eight updates into it before we started climbing the charts and now that we have a year and a half of development into it, it would be pretty hard to match the amount and variety of content in Pocket God.

When you’re not busy devising new methods of Pygmy torture, is there a specific iPhone game you like to unwind with?

I love to unwind with my iPad. By far the two apps where I log the most time is Manga Rock and AnkiMobile. I’m a huge manga fan and Manga Rock is the best manga reader out there and I have been studying Japanese for a while now so I spend a lot of time drilling vocabulary with Anki. Other than that, I usually play everything once (and I mean almost every halfway decent game that comes out). Fargoal got me hooked for a while and I am looking forward to their next update. Got hooked on Wesnoth for a while, too. I love Espgaluda II and I wish Crave was able to crank out more bullet hell moe shooters soon so I can get my fix.