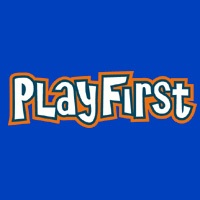 PlayFirst, the company behind the massively popular Dash line of games, has announced they’re ceasing development of PC games, and discontinuing support of those they’ve already released. It’s not all bad news, though, as the company intends to continue development of iOS titles, and enter the Android market sometime in the near future. Could this be a sign of the times?

We speculated back in November of last year that something like this was on the horizon, as a member of the company stated on their message boards that they had no “PC/Mac download games in the pipeline for development.” Given the prolific nature of PlayFirst in the past, it was a pretty massive warning sign.

The company intends to launch a new website on November 12, and those who wish to keep their games are encouraged to visit this page now and download the installer files/unlock keys for each of them. For those wanting to pick up any of their games in the future, third-party retailers will continue to sell them.

How does everyone feel about this? Shocked and/or surprised? Did you see it coming from a mile away? Let us know in the comments!

6 Columbus games you need to discover