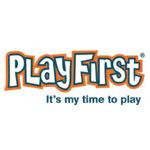 “This financing enables us to keep our focus on the opportunities in the mobile and social gaming sectors and provides the flexibility to quickly respond to changes and opportunities as the market continues to shift rapidly,” said Mari Baker, president and chief executive of PlayFirst. “With this capital, we will continue to aggressively optimize the PlayFirst brands that consumers love, like Diner Dash, to social and mobile platforms and look for growth through partnerships and potential acquisitions.”

The $9.2 million in financing is comprised of of $5.2M of venture capital from existing investors including Mayfield Fund, Trinity Partners, DCM and Rustic Canyon Ventures, and $4.0 million in debt financing made available by Comerica Bank.

Over the past year, PlayFirst has expanded several of its core PC game franchises to social and mobile platforms. The company’s social game Chocolatier: Sweet Society, an extension of the Chocolatier PC game franchise, has more than 800,000 monthly active users on Facebook. On the mobile side, several of PlayFirst’s popular Dash games have seen releases on the iPhone and iPad including Diner Dash, Cooking Dash and Wedding Dash and the iPad launch title Diner Dash: Grilling Green.

Prior to joining PlayFirst, Hartness served as Chief Marketing Officer at PlaySpan, leading PlaySpan’s Marketplace and Monetization-as-a-Service platform marketing efforts. Hartness joined PlaySpan after almost nine years with Electronic Arts where he was most recently vice president of marketing for its Redwood Shores studio and games including Harry Potter and the Order of the Phoenix, The Simpsons Game, The Godfather, and Dead Space. Previously, Hartness led EA’s digital distribution and subscription businesses developing new online revenue streams and maximizing existing ones. Hartness holds an MBA from Harvard Business School.

Windows Phone 7 too little too late? Not if gamers have anything to do with it!