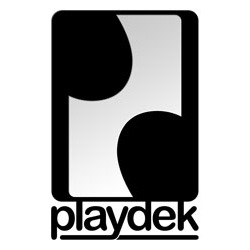 Board games are starting to become big business in the world of video games. Developer Playdek has been aware of this for a while and has recently announced a slew of new partnerships to bring some pretty awesome board games to Apple devices.

If Playdek sounds familiar to you, there’s a good reason for that. Their iOS adaptation of Ascension: Chronicle of the Godslayer was one of the best games of the summer. They’ve just announced that the game’s sequel, Ascension: Return of the Fallen, will be available later this year as an in-app purchase. That’s about when you can expect their digital version of Food Fight, too. Meanwhile, Summoner Wars, Nightfall, and Agricola are all slated to receive the App Store treatment sometime this winter season.

“Playdekwants to show the video game community what great board gaming on the iPad, iPhone or other future iOS devices looks like,” said Joel Goodman, CEO ofPlaydek. “By aligning with the best partners, we’re able to continuously offer the highest-quality, entertainment-rich titles that consumers demand and truly enjoy to play.”

The ports of Summoner Wars and Nightfall are particularly exciting to hear about. Both are addictively fun deck-building games with entirely different scenarios.

In Summoner Wars, you take on the role of a Summoner, a powerful being working to harness the power of Summoning Stones and control the planet of Itharia. The game is a combination of spell-slinging and strategy between two and four players.

Nightfall, meanwhile, takes the deck-building mechanic and gives it a modern horror spin. In this world, the sun has stopped shining and creatures of the night (the usual run of vampires, werewolves, and ghouls) have started to wreak havoc across the planet. Oh, and you’re in control of one of those monster races.

It may have taken Playdek a little while to announce some new games, but these sure are some great choices. Be sure to check back with Gamezebo for reviews of each the moment they launch!