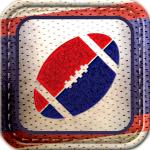 Football fans around the country are gearing up for the NFL’s biggest game of the year (and if speculation about a players strike comes to fruition, it could be the biggest game of the next two years). PikPok, the developers of Flick Kick Field Goal, want you to kick off the championship weekend with a bang.

“This weekend, millions of people around the globe will watch football as the world champions are named,” said Jos Ruffell, manager of the PikPok label. “We’ve pulled together a great trophy for one of OpenFeint’s players to celebrate this achievement and the launch of Flick Kick Field Goal Kickoff as challenges happen around the TV this Sunday.”