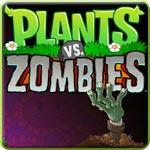 With PopCap’s entrance into the wide world of Plants vs Zombies merchandise, we speculated that it was only a matter of time before the casual gaming giant finally announced a sequel to its blockbuster tower defense title. PopCap’s John Vechey has joked that we’d be seeing the new sequel “sometime in the next decade”, but it looks like the official release will be on the earlier end of that spectrum: Spring, 2013.

Since PopCap released the original title in 2009, Plants vs Zombies has become somewhat of an unbeatable staple in the tower defense genre. It’s quirky humor and visuals, combined with dozens of bonus modes and thousands of custom card-based setups have made it a game that’s still popular today.

Unfortunately, we don’t have much information in terms of hard additions to the new sequel, but PopCap promises the expected mix of “new features, settings, and situations, designed to delight the franchise’s tens of millions of fans around the world.”

With nearly four years of planning behind the new title, we can’t wait to see what kinds of new concepts will be hitting the lawn next year. In the meantime, we’ll be on the lookout for any information PopCap brings. Keep your backyard clean: it’s only a matter of time before you’ll need to fight off a second zombie invasion.

Game Insight talks Mystery Manor controversy, and how they plan to make it right [interview]