Home / News / Plants vs Zombies is the new candy this Halloween

Plants vs Zombies is the new candy this Halloween 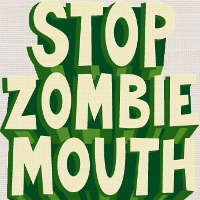 No longer must you be the schmuck on the block aiding kids in their quest for cavities. PopCap and the American Dental Association (ADA) have teamed up to provide access to millions of free Plants vs. Zombies codes to hand out in lieu of candy. That’s right: you can spread dental hygiene awareness without being the jerk who hands out toothbrushes.

The campaign – titled “Stop Zombie Mouth” – kicks off today, and codes can be obtained either on the official site or at a participating dental office. If you pick them up at the latter, you’ll also be able to nab some limited edition trading cards to hand out, featuring characters created just for the campaign as well as tips on how to maintain healthy teeth. I’m personally hoping for on-the-nose character concepts like “Flossy the Zombie” and “Mouthwash Daisy.”

“We at PopCap have been interested in the potential for video games to provide benefits beyond entertainment for many years,” said PopCap co-founder John Vechey in a press release. “We’re passionate about the very important cause behind the ‘Stop Zombie Mouth’ campaign and proud to be highlighting yet another positive effect that games can have on society.”

The codes are valid for either the PC or Mac version of the game, and will be honored between October 30 – November 10 on the official site.