Home / News / Plants vs Zombies goes social, but only in China 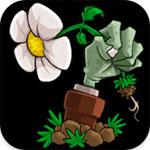 Popcap has done a brilliant job of adapting popular franchises like Bejeweled and Zuma to the Facebook format, and now the developer has announced that Plants vs Zombies will also making the social jump. Only instead of Facebook, the game will be debuting on the Chinese social network Renren.

Players will be able to create and customize their own town, and the game features an all new Rampage mode, which appears to be quite similar to the Blitz series of games. In it, you’ll be taking on a non-stop wave of zombies for two straight minutes. The challenge available in the mode will change on a weekly basis.

The game is being developed by Popcap’s Shanghai studio, and marks the first time that a Western developer has launched a game exclusively on Renren. The Chinese social network currently has around 160 million registered users.

“The passion for Plants vs Zombies here in China is incredible,” said Popcap’s James Gwertzman. “PvZ has tremendous, unprecedented brand awareness and popularity in China with almost one million people already signed up to a PvZ page on Renren.com.There is superb demand for the game and we are excited to deliver the world’s first online multiplayer adaptation of Plants vs Zombies in China very soon.”

No word yet on when, or if, the game will eventually make its way to Facebook as well.