Home / News / Plants vs. Zombies 2 Wants You to Play in the Dark (Ages)

Dual meanings are great. PopCap and EA obviously understand this, because they’re playing with the concept in the next content expansion for Plants vs. Zombies 2, which is coming next week.

It’s entitled Dark Ages Part 1, and it features 10 new levels set in medieval times. No, not the restaurant chain, but the past. That shouldn’t come as a surprise to anyone who saw the big castle teasing the next era after the Far Future. As you might expect, the Dark Ages are populated by new/old undead foes like the Knight Zombie, whose mighty helm helps him shrug off plenty of damage, and the Jester Zombie, who can spin and hurl projectiles right back at the plants.

(As I discovered to my dismay at E3, this includes the plasma balls launched by the Citron. Zombie hands must be extra heat resistant.)

The levels are also literally in the dark, so no sunshine falls during battle. That makes things tricky for the usual suspects on the plant side, but happily, fungi grow just fine with minimal sunlight. A whole host of mushrooms are available to help stop zombies in their tracks, or in one case, turn them around completely. Players of the first Plants vs. Zombies will recognize some of them. 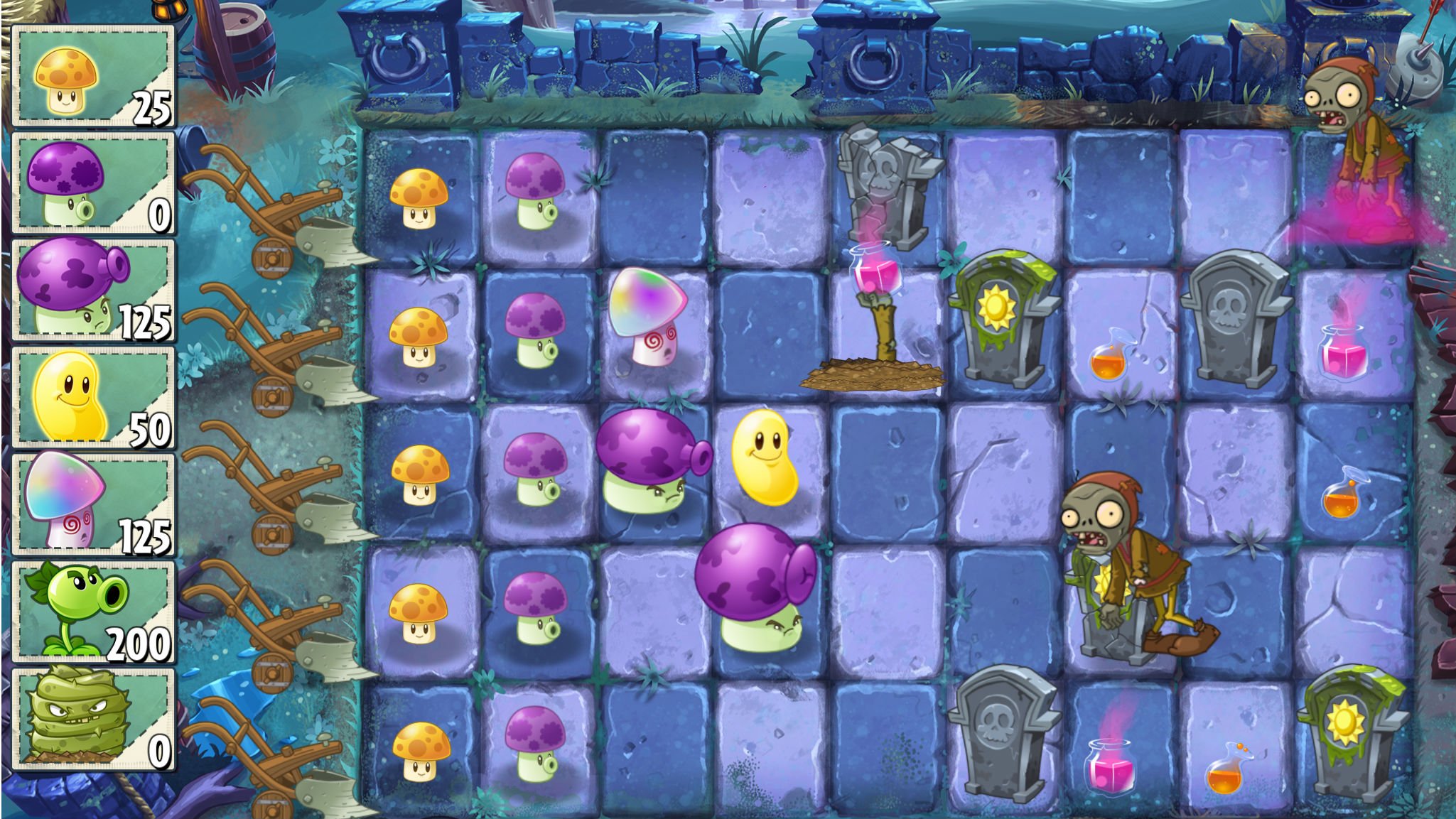 Sun-shrooms start out small and produce just a tiny bit of sun but eventually pump it out at full capacity when they’re fuly grown. Puff-shrooms serve as the nighttime equivalents of Peashooters and cost no sun to plant, though they can only shoot three spaces. And Fume-shrooms really pay dividends when given plant food, as they not only deal damage but also push all zombies in their row back to the right side of the screen.

If there’s a breakout star though, it’s going to be the Hypno-shroom. His gaze confuses zombies into returning from whence they came and attacking their fellow shamblers. Giving a Hypno-shroom plant food is even better — let’s just say any undead following in the tracks of the affected zombie is going to get a Gargantuar surprise.

The only downside is that there are only 10 new levels, but that’s the trade-off for getting new stuff quicker. Grab a flashlight or candle and enjoy the great play on words of Dark Ages Part 1 in Plants vs. Zombies 2 on June 26.