Home / News / Plants vs. Zombies 2: Now on Android (in Australia and New Zealand) 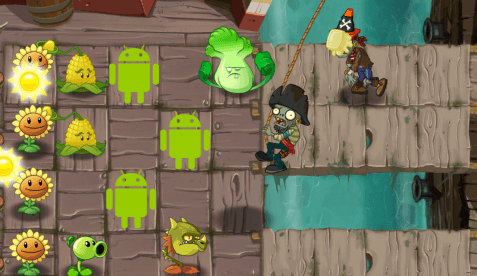 Remember that truckload of money that Apple supposedly dumped on EA’s doorstep for exclusive first dibs on Plants vs Zombies 2? It looks liked those dibs are about to run out. PopCap announced today that the game is now available in select markets – Australia and New Zealand, to be specific – for Android devices.

This isn’t the very first time that PvZ2 has hit Android, mind you. The Chinese edition hit Google Play last month. Considering China’s love for Plants vs Zombies and Android’s dominance in the Chinese market, though, it’s pretty understandable that this is where PopCap would want to strike first. Head of EA Labels Frank Gibeau has been quoted as saying that the Android version is outselling the iOS version 6-to-1 in China.

There’s no specific date on when the zombie invasion of Google Play will go global, but PopCap has assured us that it can be expected “shortly.” Keep an eye on the Play Store, folks. As you can see in our review from the August iOS release, this one is definitely a keeper.