Home / News / Pixeljunk Eden is coming to PC next week

Pixeljunk Eden is coming to PC next week 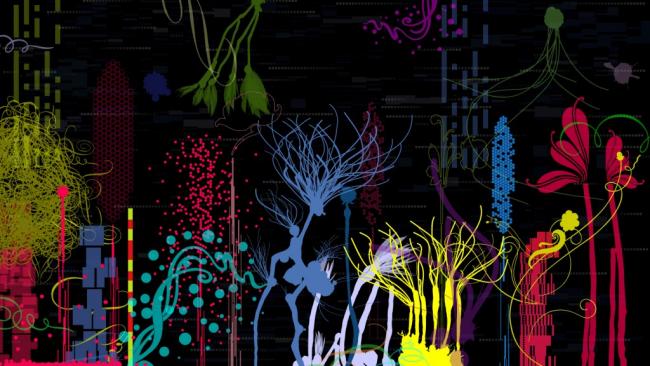 If you’re a PlayStation 3 owner, there’s a pretty good chance that you’ve long ago realized that Pixeljunk always equals genius. For years now, the Q-Games series of innovative and wonderfully fresh indie games has remained exclusively available on the PlayStation Network. That seemed to change earlier this year when Pixeljunk Monsters, a great tower defense experience, was announced as coming to Facebook. Now it looks like another Pixeljunk title is about to leap from the PS3 to your desktops.

Pixeljunk Eden was a beautiful title when it was released on the PS3 back in 2008 – a showpiece for “games as art” in my personal opinion. Players controlled a little creature called a “grimp,” and swung him from plant to plant collecting pollen to make seeds grow, creating lovely plants on which he could climb higher and higher as he tried to reach his goal.

But why bring it to Steam? And why now?

In speaking with Bifuteki.com, Q-Games Dylan Cuthbert explained their thinking;

“Steam has always been a great platform for indie games and I have admired the way they have supported non-traditional game development with titles such as Terraria, Bastion, World of Goo, etc. We like PSN a lot but Baiyon and I also simply want to allow more people to experience Eden as it is a truly unique game, even now almost 4 years on it is still fresh and new. We had a blast revisiting it to prepare it for Steam … When I was thinking through the catalog of PixelJunk™ games, Eden was the one that stood out to me as perfect for the Steam audience. The beautiful graphics and colours are striking on a PC monitor especially at higher resolutions than the standard “HDTV” 1080p and the game is perfect for the more point/click style that comes with mouse control. The relaxing yet challenging style of the game is great for quick play sessions during lunchtime at work too!”

Cuthbert has also promised some changes that should satisfy veterans of the original release, such as improved checkpoints and saves. Expect to pick this one up on Steam starting Feb 2. Regular price will be $9.99, but early birds can snag it during the first week for 20% off.