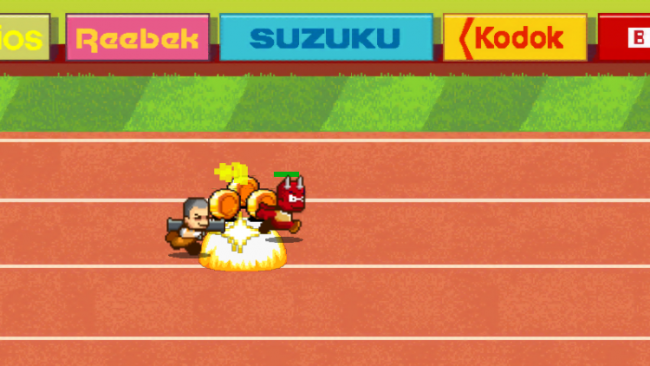 When a game is offensive, it’s usually designed to be that way. Nobody thinks the makers of Postal or Grand Theft Auto are out to give people a warm and fuzzy feeling. Other times, games that are meant to explore a sensitive issue are misconstrued as offensive; Super Columbine Massacre RPG is a great example.

But could a game be accidentally offensive?

That seems to be the case with Pixel Marathon, an endless runner from developer Tinker Games.

With colorful graphics and commonplace cartoony violence, Tinker’s latest release seems like the kind of generic App Store clutter that couldn’t offend a soul. The team behind the project certainly couldn’t imagine why anyone would take umbrage with such a friendly time-waster.

That’s because, being based in Indonesia, the team wasn’t aware of the Boston Marathon Bombings.

“When I first read your mail, I was shocked,” said Tinker’s Chief Marketing Officer Nikolaus Aki, in response to a contact from Gamezebo. “I am so sorry for what happened. It took me a while to grasp and accept the facts about Boston Marathon and the ironic connection to our game… We were not aware of what happened in Boston thirteen months ago. It might be on the news in our country a couple of times, but none of us noticed anything about it.”

While not similar in any meaningful way, the game can’t help but leave a poor taste in the mouths of those familiar with the incident. Players participate in a marathon and try to get ahead by murdering other runners; the only threat you’ll face are explosive devices scattered throughout the race.

For the team at Tinker Games, this is an unexpected turn of events. Video games can be violent, endless runners are about running – it’s not hard to see how they put the pieces when dreaming up their latest game.

“Pixel Marathon is actually about a bunch of inmates trying to break out of the prison,” Ali tells us. “In order to do that, they have to win the marathon, which ironically is an endless marathon. Due to the fact that they are inmates, they do what they think is necessary in order to win.”

“Before you mentioned to us about Boston, we actually have hoped for the game to have some moral lessons that people will notice. That if you do something that is not just against the law but evil, sooner or later the punishment will get to you, like the inmates in Pixel Marathon, running around endlessly with the hope that they can break out.”

It’s clear that Pixel Marathon isn’t a game that set out to offend anyone. And thus far, thanks to its relative obscurity, it would be pretty hard to say that it has. What it is, however, is an interesting opportunity to highlight how cultural understanding plays an important role when developing for the international market. With so many Western game developers trying to generate a hit outside of their own locales, it’s a lesson they should keep in mind.

Despite learning about the tragedy in Boston, the team at Tinker Games have chosen to keep their game on the US App Store. Pixel Marathon is a free download that can be found here.