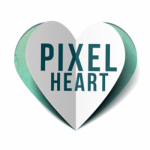 Are developers and designers as interesting as the games they create? That’s what the Pixel Heart project believes, and if it receives the crowdfunding it’s currently seeking on Ulule.com, it will show the world via an ambitious multimedia project.

It starts with a documentary that spends a week with six different developers in their own countries: Mark Healey of England (of LittleBigPlanet and Tearaway fame), Robin Hunicke of the U.S. (The Sims and Journey), Tetsuya Mizuguchi of Japan (Rez and Child of Eden), Edmundo Bordeu of Chile (Rock of Ages and Zeno Clash) and Eyram Tawia of Ghana (Africa’s Legends). You may notice that’s only five people, as a sixth developer from India is still to be determined.

All six movie subjects will contribute something to the second part of the Pixel Heart plan, which is a game jam that will gather 100 developers in Paris for 48 hours. Split into 12 teams, the goal of the game jam is to create 12 new games, half of which will be PC fare while the other six aim for more immersive hardware like the Oculus Rift.

The idea is to make gamers more aware of the human connection between the products they enjoy and the people who brought them to life. If enough of the funding goals are reached, not only will some of the games hit the road to engage people directly in a traveling exhibit, the documentary could get a worldwide release in theaters.

Backer rewards include digital or physical copies of the movie and games at the low end and a chance to be an executive producer and take part in the game jam for the truly devoted, plus many levels in-between. The funding milestone that actually gets the project off the ground is a relatively modest $82,192 (or €60,000, if you prefer your numbers rounder), and you have until June 10 if you want to help out with a pledge.

If you take nothing else out of it, Pixel Heart wants you to remember this: developers are real people with stories of their own, just ones that happen to show up in the video games we play. And thank goodness for that.

Pre-Order Wolfenstein: The New Order, Save $10