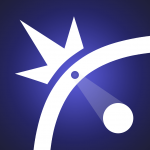 Whitaker Trebella is a cool guy. And like a lot of cool guys – especially in this industry – he makes some pretty cool games. The most recent of these, Pivvot, has just seen its first big update that introduces a new mode. Better yet, it also introduces two very special words: Daily Challenges.

If you’re wondering where Trebella got the idea for the latter, he recently told Gamezebo of his love for Spelunky – aka, the roguelike platformer with the Daily Challenges. “I’ve died thousands of times,” he said, “but I keep coming back, mainly because of the Daily Challenges.”

The challenges in Pivvot will be similar in spirit, giving players one chance each day to “prove themselves,” as Trebella tells us. And if that’s not enough, this update also introduces the new Looper mode, where players will need to do as many 360’s as possible while dodging everything the game throws at you.

If you’re already a Pivvot fan, the update is free and available now. If you’re not, you can pick this one up for 99 cents on the App Store. (and if you’re a PC or Mac gamer who’d like to try it out, be sure to tell Valve you’d buy it with an upvote on Steam Greenlight).