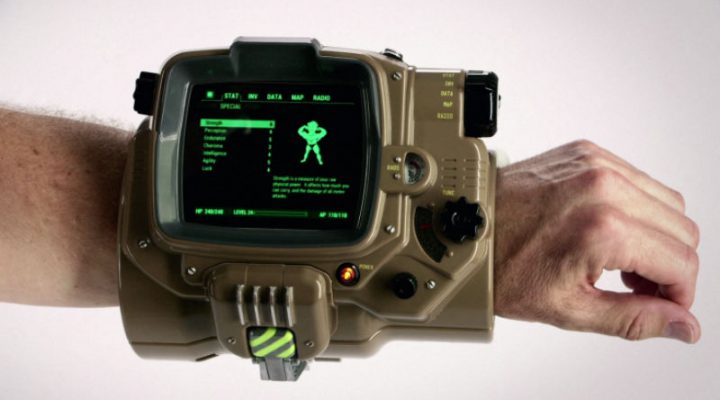 Many game developers have tried to implement second-screen experiences into their games. While the Wii U and Nintendo DS / 3DS generally make good use of their extra monitor, attempts to weave smartphones and tablets into traditional gaming experiences haven’t gone over as well.

That doesn’t mean second-screen gaming is doomed, though. It just needs a big idea or event to push it forward. Say, a nuclear apocalypse.

At its E3 2015 press conference on June 14, Bethesda announced Fallout 4 will support for a real actual Pip-Boy wrist console, which is encased in a plastic shell and holds a variety of smartphones. It even comes with foam bumpers in case your phone needs a bit of encouragement and negotiation before it’ll fit in.

The Pip-Boy works with an app that lets you perform all kinds of in-game tasks, like inventory management, stat adjustments, holotapes, games, and more.

The Pip Boy is part of a $120 USD Fallout 4 package that ships on November 10. Wear it outdoors and your charisma will be boosted by 100 easy points. You can also shove it under the nose of show-off Apple Watch owners.