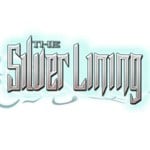 Phoenix Online Studios, the team behind the King’s Quest-inspired episode adventure game The Silver Lining, has announced a bunch of holiday goodies for King’s Quest fans — including a downloadable soundtrack, a new e-card website, and a raffle to win a professionally mastered soundtrack CD plus other prizes. But perhaps the best news of all is that the third chapter in the adventure, “My Only Love Sprung from My Only Hate,” will launch on January 29, 2011.

Now available as a free download The Silver Lining Soundtrack: Volume 1 features more than 30 original compositions from the game’s first two episodes, including two versions of theme song “The Day You Were Gone.” With high-resolution packaging artwork also available for free download, fans can assemble hard copies of the soundtrack to keep or give as gifts to the King’s Quest fans on their holiday lists.

The newly launched e-card website features a number of holiday-themed images from the Silver Lining universe that fans can send via email. Between now and January 1, each person who sends an e-card will be entered into a raffle to win a professionally-produced hard copy of the soundtrack and other prizes. The e-card site also offers a sneak peek at some of the custom images that will appear in a 2011 calendar Phoenix Online plans to make available to fans in early January.

“Our fans have given us so much over the years, we wanted to give something back to them this holiday season,” says Katie Hallahan, Public Relations Manager for Phoenix Online. “A lot of us remember a Christmas morning when we unwrapped a copy of King’s Quest and couldn’t wait to play it! We’re hoping our fans will relive that moment with this soundtrack, and that they’ll give the gift of Daventry all over again.”

To get a first look at the upcoming game or download the first two installments, visit the official website at http://www.tsl-game.com.