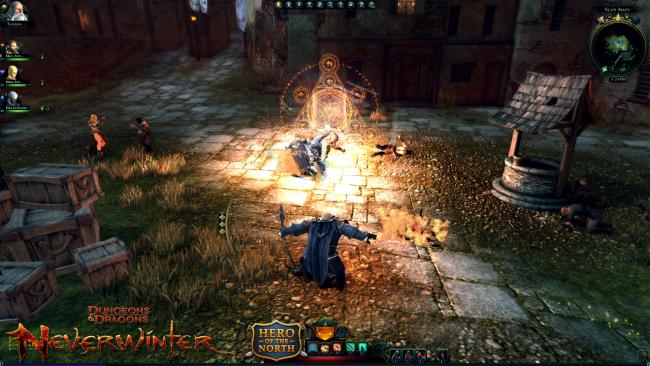 Even if you’ve somehow never heard of Perfect World Entertainment before, the chances are pretty good that you’ve played one of their games without even realizing it, as the renowned developer and publisher has been behind some of this generation’s most impressive and influential releases, including cult classic Torchlight and this year’s massive Neverwinter. Well now it’s time we all start getting used to seeing their unique brand of excellence in the world of gaming even more, as it looks like Perfect World Entertainment will be bringing us even more ways to play their ever-growing catalogue of addicting and enthralling games – and in a first for the company, this now means letting gamers play new and upcoming titles on the go!

For Perfect World Entertainment, the time was finally right for the company to start broadening their horizons, as the Neverwinter publisher announced today their plans to start developing and publishing exclusive new game titles for mobile platforms. I recently had a chance to speak about this exciting jump to mobile with Fabien-Pierre Nicolas, the General Manager of Perfect World Entertainment’s U.S. Game Business team, which is currently comprised of mobile gaming experts and alumni handpicked from such important studios as DeNA, Gamevil, Gameloft, and Zynga. So my first question to Nicolas in our email interview was, quite simply, why now? What exactly made 2013 the right time for Perfect World Entertainment to start seriously looking into mobile platforms for the next stage of their successful games studio?

Nicolas tells me the resulting decision was basically an amalgamation of a number of important factors that were all pointing towards the mobile games industry, like the advent of new generations of mobile devices like the iPhone 5 and Samsung Galaxy S4. In conjunction with their own team’s prominent history in crafting the best experiences in MMORPG, action-RPG, and strategy-MOBA games, the internal studios at Perfect World Entertainment and their other business partners had all recruited a number of important veterans from successful mobile game companies, as mentioned just above, and so everything seemed like it was falling neatly into place, and that a venture in the mobile industry was just the next logical step for the company. But would making games for mobile devices now be too much of a departure from Perfect World Entertainment’s comfort zone of producing PC games?

“Perfect World Entertainment helped put Dungeons & Dragons back on the map earlier this year with Neverwinter.

The answer to this big significant question is actually twofold. Nicolas refers me back to some data he was able to share during this year’s Casual Connect event, regarding just how much the playing habits between PC MMO gamers and mobile MMO gamers actually differs: “while PC MMO or MOBA gamers play 2 or 3 long sessions during the day for an average of 60 to 90 minutes, a mobile core gamer will play up to 12 to 15 sessions on his or her phone for 3-5 minutes.” So naturally, the gameplay of any successful mobile game must be constructed in order to fit within these paradigms of short bursts of gameplay. However, Nicolas also makes sure to note that, while Perfect World Entertainment’s upcoming mobile games are sure to please gamers who primarily dip their toes into these micro-sessions of gameplay, this certainly doesn’t mean that other gamers won’t be able to enjoy the same games for extended hour-long marathons as well.

In addition to the quick “pick up and play” accessibility of gaming on a smartphone or tablet, another big area for Nicolas and company when deciding which mobile games to get behind had to do with a game’s co-op or PvP elements. For Nicolas and Perfect World Entertainment, these online multiplayer features are what separate a core mobile game into a full-fledged “service model,” and one that will keep players coming back for more long after the initial single-player campaign has been completed. While Nicolas praises the advent of single player game events, he says there is still nothing like the lasting power and appeal of being able to compete or cooperate online with other gamers.

Overall, Nicolas is very optimistic that Perfect World Entertainment can continue their success onto the mobile plains as well, as he tells me creating a free-to-play MMO on PC shares a lot of common elements and contributing factors to creating a free-to-play core game on a mobile device. He says in both areas of development and production, “you need to have great back-end engineers to build robust scalable code for your game servers; great game designers [that are] expert in retention; social and monetization loops; amazing artists giving life to monsters and heroes; a strong community and consumer support team to handle all requests from the fans; and of course, a kickass marketing group capable of finding the right gamers for any type of games through the maze of advertising.” 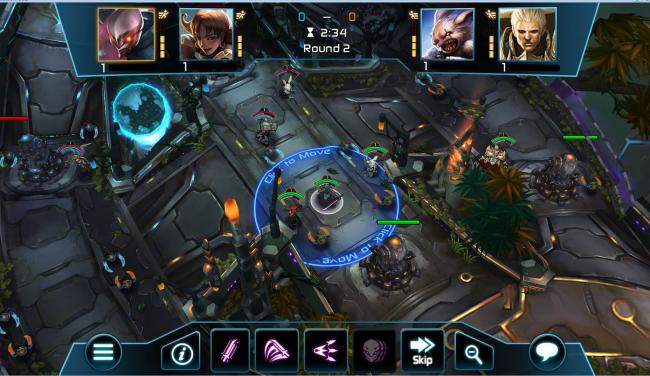 “Perfect World Entertainment will be helping with the re-release of popular MOBA Arena of Heroes, including new PC and mobile cross-play features.

Interestingly enough, for Nicolas and his team, the biggest difference between working on games for PC and working on games for mobile platforms actually has to do with the server’s bandwidth on mobile devices. While most tablet users tend to connect via Wi-Fi to play their online-required games, developers must also take into account the much less reliable and lower quality 3G and 4G networks that smartphone users will primarily be playing on. Because of this, Nicolas says that it is absolutely crucial to build your online gameplay around the constructs of potentially dropped connections mid-game, by utilizing such technologies as cloud auto-saving or Artificial Intelligence that activates in time with a player that gets dropped from a game.

So by now we’ve talked a bit about the shift from PC to mobile for Nicolas and crew, but what about the actual new mobile games that are coming up on the horizon? Well Perfect World Entertainment has decided to blast onto the mobile scene this year with the launch of 4 distinct titles. The first of these titles will be a re-release of the already successful MOBA Arena of Heroes from Sneaky Games, with a slew of updated content and new features, such as a cross-platform perk that lets both PC and mobile gamers compete with one another in the game’s turn-based battling environment. The second game (and the first of the four to be released in Western territories) is a TCG called Elemental Kingdoms that has already found a widespread appeal among gamers in China, where the emphasis is purely on skill and building the strongest deck of cards that you can.

Third on the list (and the one I’m personally most excited for) is a game called BombBuds, which is said to take the addictive action physics gameplay of Worms, and mix it together with the undeniable humor of Plants vs. Zombies in a colorful adventure that Nicolas hopes will “bring together the Angry Birds generation, which learned physics gameplay in the last 3-4 years, with the generation of PC gamers from the 90s in fun competition.” Perfect World Entertainment is keeping the fourth and final game in the initial launch batch under wraps right now, but we can tell you that it is something called The Null Society. 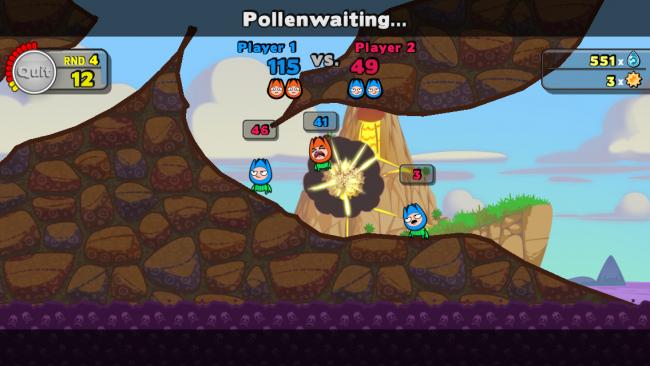 “The gameplay of Worms meets the humor of Plants vs. Zombies in the upcoming BombBuds from Perfect World Entertainment.

Now if you’ve been keeping track so far, that adds up to a lot of wildly different, yet equally awesome game genres that are all on tap for Perfect World Entertainment in the near future. So what exactly does the team look for in potential mobile games to publish, in terms of genre or even gameplay style? Well as Nicolas puts it, his team is in the business for “anything that the PAX gamers will enjoy,” in addition to finding new experiences that are akin to the games that they themselves have always loved playing, like Neverwinter and Torchlight, to name but a few. In short, “we are looking at any game that may feed our gamers’ hunger for a stellar experience.”

As far as the future for Perfect World Entertainment on mobile is concerned beyond these first 4 titles, the sky is really the limit. Nicolas hints at the potential for success in PC and mobile cross-play or tie-in experiences, and points to NeverRealms’ work with Injustice: Gods Among Us as a prime example: “those guys did a great job having a great game for each platform that allowed you to unlock cool content on each side if you were playing both.” But of course, we’re just going to have to wait and see if it’s in the cards one day for a beloved Perfect World Entertainment franchise to get the mobile and PC cross-play treatment.