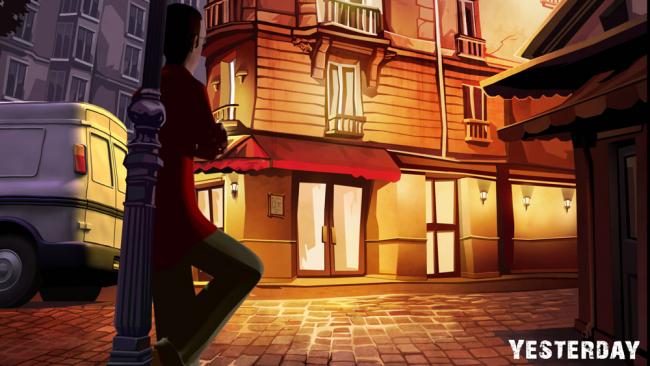 Fans of point and click adventure games have found a lot to love in Pendulo Studios’ releases over the years. Whether it was the Runaway series or The Next BIG Thing, their games have had a tremendous amount of polish and a good deal of humor in their storytelling. But with their next title, Yesterday, Pendulo has decided it was time for their narratives to try taking a darker turn.

We recently had a chance to chat with Josué Monchan, the Lead Writer (and, we’re told, Chief Clown) at Pendulo Studios. Josué was kind enough to share his thoughts on what fans of their earlier games can expect, why the shift to darker storytelling, and what great adventure games he’s been enjoying in recent years.

Tell us a little about your upcoming project,Yesterday.

Yesterday will mark Pendulo’s coming of age, precisely 18 years after its founding. It is an accumulation of all the production value present in our previous games: superb art, unique characters, great cinematics, compelling music and exceptional acting. But this time it comes with a kind of story and atmosphere that we’ve never done before.

As a recent preview said this very week, “it’s got all of the ingredients: fun gameplay, a unique plot, and a great presentation package.” We agree 🙂

Yesterday‘s subject matter seems to have a bit of a darker, grittier tone than your previous games, touching on subjects like Satanism, ritualistic killings, and suicide. What prompted this move into spookier territory?

Lehman Brothers, amongst others. Yesterday is the way that we express our anger against all those who have led us to this economic and moral crisis. People live and die in the street because of bad economic decisions while we are all so comfortable living among lies that it takes either a fool or a hero to unveil it.

It was also a personal decision. We have proven that we were good at making comedy but, could we repeat the trick in an adult thriller? One year later we can say: we have done it.

In fact, the idea behind Yesterday dawned on us some 3 years ago, when we were developing Runaway: A Twist of Fate, but we needed time to understand how a thriller works, what we could bring to it, and how we needed to change the way we make games. 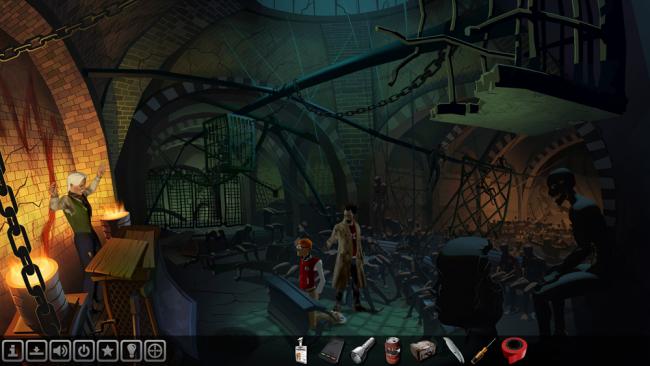 One of the playable characters in the game is John Yesterday, a character whose memory is a blank slate. Amnesia can be a pretty common plot device, but putting it into an adventure game almost seems to have a “Memento” feel about it. What inspired this design choice, and how will John’s lack of memory affect the gameplay?

Hey, you’re asking too much! 🙂 But you’re right. We saw Memento many times, even if the story has little to do withYesterday apart from the amnesia topic. However, it’s a wonderful example of how to use flashbacks in storytelling, and Yesterday has quite a few narrative and playable flashbacks. We also played Amnesia, the wonderfully immersive adventure by Frictional Games, only to findYesterdaywas so different that we should depart from it as much as possible.

I’ll try to tell you something about John without spoiling the story: John is a specialist on religious sects who tried to commit suicide while investigating the relationship between a Satanic Sect from the 16th century and a present day New York psycho. He survived, but the suicide attempt caused his amnesia. Now, John is back on the investigation, but he’s got a double task, because he must also find out why he tried to commit suicide and get his memory back. In fact, John must answer the same question that all of us ask ourselves when we look at the mirror: “Who am I?” 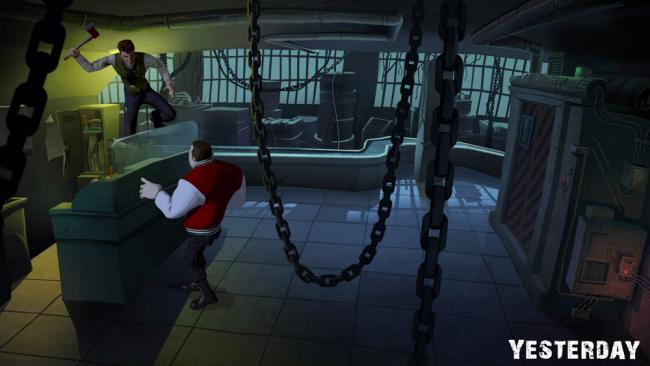 In terms of gameplay mechanics, will Yesterday play similarly to past releases, or can fans of Pendulo’s previous games expect to see some curve balls thrown their way?

It’s still good old point ‘n’ click, but with a twist. We’ve changed the interface and ergonomics a lot in order to match the preferences of modern players – and us, because the way that we play games has changed through the years, too. Our agile interface needs just one click (or tap, depending on the platform). We’ve cut all transition moments, the most important being the character walking aimlessly through the screen. Saved games are generated automatically and frustration has been deleted from the equation thanks to two different tools that help the player if s/he gets blocked.

Apart from that, we’ve added two novelties in the way that the game reacts to the player’s decisions. First, everything that can be clicked, like objects or characters, pops up like a graphic novel vignette, so the player can see it better from a different perspective or in a more detailed way. Second, it’s not the character who describes objects and actions to the player, but an external narrator. 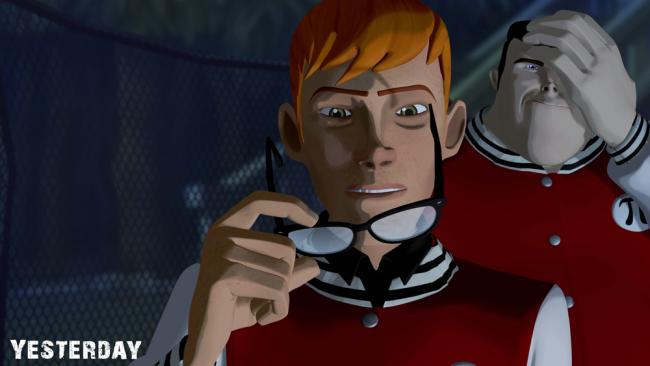 Yesterday is slated to have four different endings for players to choose from. Will the choices players make determine which of these varied endings they see? Or is something else at play here?

Yes, it’s the player who determines which ending will take place. Each one of the characters will facesituations differently, and decisions made by each will be dramatic and drastically different.

And there is a fourth ending, an Easter egg intended as the icing on the cake for Pendulo fans… but it’s really difficult to find!

Just one? There have been a lot of them! I love Machinarium,Heavy Rain, Back to the Future,L.A Noire (if you consider it an adventure game), Amnesia: The Dark Descent,The Blackwell Deception,A New Beginning… Oh, and The Next BIG Thing, a funny game by those crazy Spaniards … now what was their name? 😉