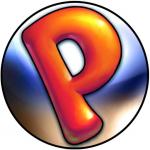 E3 is a magical week full of magical announcements, and few games are as magical as Peggle. And so, with a “blink and you’ll miss it” announce during EA’s press conference, PopCap Games’ founder John Vechey confirmed that we’ll have a full sequel to Peggle before the end of the year.

No further details were given, but as soon as we know anything about Peggle 2, you’ll know it too.

CONTEST: Get lucky with Lucky Bingo!