Home / News / Peggle 2 and PvZ: Garden Warfare Will Make Their Debut on Xbox One

Peggle 2 and PvZ: Garden Warfare Will Make Their Debut on Xbox One 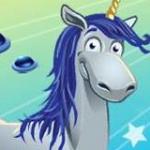 Peggle may have been born on the PC, but its sequel isn’t looking to share a common set of roots. PopCap has entered into a deal with Microsoft to launch both title on Xbox One first, with other platforms to follow.

It’s an unexpected move, but not one that’s without some logic to it. The PopCap formula typically sees games debut on one platform and spread out to others, and Microsoft really needed some solid exclusives to strengthen the appeal of its next console. The Xbox team has been on something of an apology tour since E3, and revealing great timed-exclusives is a smart move that should no doubt help them move a few more units.

Still, it’s a shame that the core audience that helped cement these franchises on PC and mobile won’t be given a taste until later.

Peggle 2 will be a launch title for the Xbox One this November, while Garden Warfare is expected to hit sometime in 2014.

Can you design the next Monopoly?