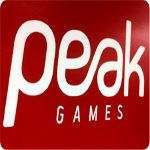 Peak Games, which has offices in Istanbul, Ankara, Amman, Barcelona and Berlin, is the fastest-growing games studio for emerging markets, including Turkey and Middle East North Africa (MENA). It’s about to grow a little faster thanks to its recent acquisition of Kammelna Games, a social games company that’s based in Saudi Arabia.

Peak Games specializes in developing culturally-relevant social titles, and acquiring Kammelna will automatically shift more regionally popular games into its lineup. A press release distributed by Peak Games on Wednesday noted that the company will be working on a multi-platform release of Baloot,a popular Middle Eastern card game.

“We have added Kammelna to the Peak Games family because of their profound understanding of MENA players and their focus on creating culturally relevant, multiplayer social games – where Peak already has an expertise with millions of users,” says Peak Games’ CEO and founder, Sidar Sahin.

“Peak Games is capitalizing on a growing market opportunity in Turkey and MENA, and has been able to successfully exploit its first mover advantage and deliver culturally relevant games, vaulting it to the #4 position on the list of the world’s largest social games companies,” says Michael Pachter, Wedbrush Securities’ Managing Director Equity Research. “The company’s strategy is paying off, as the region has one of the highest levels of user engagement and ARPU [Average Revenue Per User] in the world.”

Indievania now out of beta, celebrates with Launch Sale