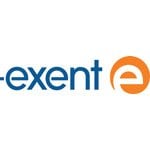 In August Verizon became the latest company to embrace on-demand gaming with the launch of its new all-you-can-eat PC game portal, where instead of buying games individually users pay a monthly fee to access the entire catalog. The portal was powered by Gametanium from Exent Technologies, a leader in on-demand gaming. Gamezebo spoke with Christina Kuzma, CMO of Exent Technologies, to find out more about the company’s games on demand focus.

For those of our readers who are unfamiliar with GameTanium, please give us a brief overview of the service and how it works.

GameTanium is the hottest new on-demand gaming service on the market. By featuring the world’s largest PC game catalog, numerous merchandizing features and a cutting-edge technology platform, GameTanium offers service providers, like Verizon, a one-stop-shop for seamlessly-integrated entertainment programming. The service was launched on Verizon and will be rolling out at several other service providers before the end of 2010.

GameTanium’s interface was modeled after touch-screen mobile devices. Tell us more about its key features and why you adopted a mobile design aesthetic.

What differentiates the GameTanium service from other offerings on the market is its unparalleled user interface (UI). We’ve designed it to offer users a relaxed, fluid navigation and animated interface so they would experience an engaging, game-like environment from the get go. The service’s UI captures the essence of touch-screen devices with its animated design and unique, curved layout. Having this model allows users to navigate easily through Exent’s 1,800 game catalog and find the games that appeal to their interests without any pagination or the need to click “back” buttons. We’d encourage your readers to try it for free at Verizon Games so they can see what we’re talking about.

GameTanium uses progressive download technology, which lets users start playing the game before it has finished downloading. Tell us more about how this was developed. Will this work with files of any size (even graphics-intensive hardcore games of several gigabytes) or are there restrictions?

The biggest story in casual downloadable games recently has been price points dropping from $19.99 to $9.99 and even $6.99. Many developers are saying such low price points are not sustainable and will negatively impact the quality of games. Did the price point issue factor into Exent’s decision to make GameTanium so flexible in terms of revenue streams (i.e. purchase, subscription, ad-supported)?

At Exent, we’ve always been committed to providing products, services and access models that create a fun, engaging consumer experience within a profitable business model for our partners. By offering our services with a suite of different subscription and purchase models, users have the flexibility to play games when, where and how they’d like. The beauty of our model is that our content providers make money no matter which option users pick. With Exent, there’s no loss-leader, even with the “free” play. Developers get paid for every minute their game gets played and are thereby rewarded for making their games more compelling and interesting. If anything, our model will raise the quality of games.

Tell us more about the GameTanium syndication widget that will be rolling out this fall for Web publishers.

We don’t want to let the cat out of the bag too early, but basically, the new widget will syndicate Exent’s catalog of games so that web publishers will be able to quickly and easily add high quality game content to their site. Plus it’s going to be free for them. Plus, they’ll get a share of the revenue. That’s about all I can say now but stay tuned. It’s going to be cool!

Do you have any plans to take GameTanium to mobile platforms?

Yes, but again, that’s a development that is still in process so I can’t say too much about it right now.

In late August Exent announced a partnership with Verizon that saw GameTanium powering Verizon’s game portal. What can you tell us about further partnership plans?

My Crazy Prediction: Zynga will launch Zynga Live with a Super Bowl Commercial