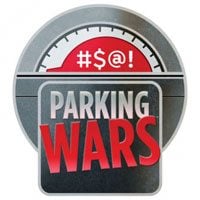 Area/Code may have been scooped by Zynga and turned into Zynga New York, but the developer’s next project, Parking Wars 2, will actually be published by Majesco.

While Area/Code is probably best known for games like the Facebook smash CSI: Crime City and the incredibly addictive iPhone puzzler Drop7, the studio was also behind one of Facebook’s first great games. The original Parking Wars was created to promote the A&E television show of the same name, and the sequel is expected to be released in May.

Majesco, meanwhile, is best known for the “Mama” series of games, which recently expanded to Facebook with the excellent Cooking Mama, developed by Arkadium. And these releases are just the beginning of Majesco’s social network ambitions.

“As Facebook becomes more mature, we are making it part of our strategy,” Majesco’s Chief Executive Jesse Sutton told VentureBeat. “Our focus will be on brands, brands, brands for casual audiences such as boys, girls, families and adult women.”

Harrison Ford teams up with Talkie for Ecotopia on Facebook