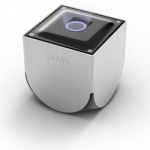 Although the OUYA’s been steadily making its way to Kickstarter backers, the Android-based console’s retail launch has been pushed from June 4 to June 25.

CEO Julie Uhrman informed Joystiq that the delay was the result of a “greater than expected demand.” Put another way, they want to make sure they have enough units available when the time comes for the console to hit retail outlets. Fair enough!

Uhrman also took a moment to acknowledge the tendency for the controller’s buttons to get stuck under the faceplate. By increasing the size of the holes around each button, the issue has apparently been resolved. However, if you were one of the unlucky ones to receive a controller that suffers from this problem, it sounds like the OUYA team is happy to help you out with that.