Home / News / OUYA console coming soon to a store near you

OUYA console coming soon to a store near you 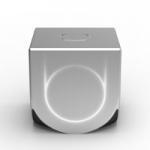 The folks behind the OUYA announced earlier today that the Android-based console will be available later this year in select retail locations. This comes as a bit of a surprise given its origins on Kickstarter, but it’s good news all the same. Developers will likely have a wider audience to peddle their wares to, and those who missed out on the Kickstarter can pick up the console without much trouble.

The retail partners that have been announced include Amazon, Best Buy, GameStop, and Target. It should be noted, however, that those opposed to shopping in chain stores can pre-order the OUYA from the creators themselves. It’s kind of like supporting a local business, except the business in question resides on the Internet.

But despite all the exciting news, original adopters aren’t going to be left in the dust: if you backed the console via Kickstarter, you’ll receive it before it ever shows up in stores. You can still be the cool kid on the block with the new hotness before everyone else, and for added entertainment, we recommend telling everyone that you got the OUYA early because your uncle works for the company that developed it and that you’ve already seen the OUYA 2 and it’s awesome.

The console is expected to hit stores in June, and backers—so long as nothing goes wrong between then and now—should be receiving theirs in March.