Home / News / Osmos made a cameo on The Simpsons this week

Osmos made a cameo on The Simpsons this week 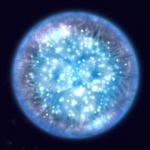 It’s been a few years since it first launched, but if you dust off your ol’ memory box, I’m sure you’ll find plenty of happy ones from your time with Hemisphere Games’ 2009 masterpiece Osmos. The game was later ported to mobile devices, winning Apple’s iPad Game of the Year award in 2010 – and, it would seem, the hearts and minds of The Simpsons show writers.

The internet was abuzz this week with talk of this week’s Minecraft couch gag on The Simpsons, but a voxelized Springfield wasn’t the only indie gaming nod on this week’s show. About halfway through the episode, when Milhouse learns that Bart has plenty of stolen goods – including Milhouse’s iPad – Bart suggests he relax to the soothing sounds of “this bubble game.”

We reached out to Hemisphere Games to see how this collaboration came about, and it turns out they were just as surprised as we were.

“We had no idea The Simpsons cameo was coming,” Hempishere’s Eddy Boxerman told Gamezebo. “Our jaws dropped in disbelief when we caught wind of it! As a few friends have said (and who are we to disagree?) ‘It’s official — Osmos is pop culture now!'”

Transistor gets dated: coming May 20th

Mikey Boots is the next game from Mikey Shorts, Mikey Hooks creators